Our friends at Creative Commons reminded us a while ago that there is a #GIFItUp competition going on. So I thought I’d try something with this Salvator Rosa image from the Art Institute of Chicago:

A warrior sits on a block and gestures #GIFITUP2021 #GIFtober #ds106 This needs some beats. pic.twitter.com/R79oh60zo5

This is kind of like the Animated Comic Book Cover assignment, in that it makes a GIF from a still image. To make it work I had to dissect the image to separate out the parts I wanted to move. Then I had to fill in the background where those parts were, so there wouldn’t be empty holes. Photoshop has a Content-Aware Fill function, where the software guesses at what should be in an area based on what’s nearby. It’s far from perfect, but it will do. 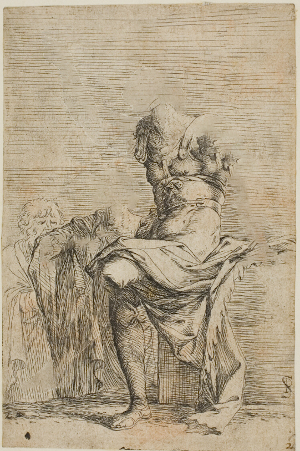 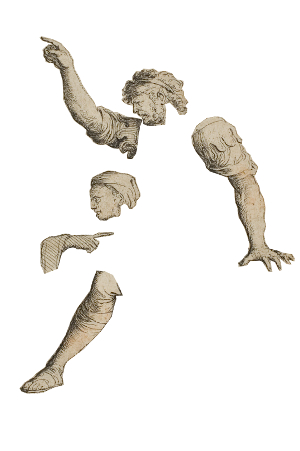 In addition to having separate layers for each part, I had to make layers for each change in position. I made a layer group for the spinning arm, and rotated the arm 30 degrees at a time. I probably should have kept the shoulder aligned better so it doesn’t dislocate, but oh well, he’s a warrior so he can take it. 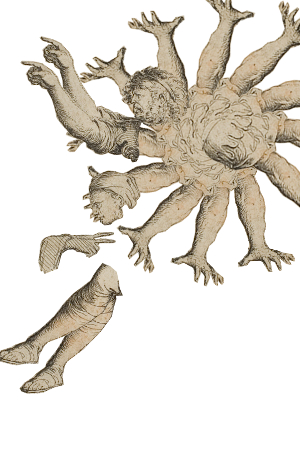 Normally when I make this kind of GIF, I just have a few layers and let the GIF cycle through them. In that case, each layer is a complete image. My plan here was to make various combinations of the layers, and export each combo as a PNG. Then I would import those into one image and export it as an animated GIF. The problem was going to be: How to keep track of all the moving parts? I had already labeled each layer as a way to keep them organized. I had the bright idea to use a spreadsheet to keep track of the permutations and their order.

With this, I was able to export PNGs for each unique permutation and name them by frame number. The first column shows where frames get repeated. My layer stack in GIMP followed that column. When I exported it as an animated GIF, it moved too fast, so through trial and error I settled on a frame delay of 300 milliseconds.

It might be helped by a rhythm track. The spreadsheet is sort of arranged in beats and measures. That’s not my forte, but if someone wants to try it, I will work on combining them into a video.

This entry was posted in Uncategorized and tagged ds106, gifitup. Bookmark the permalink.