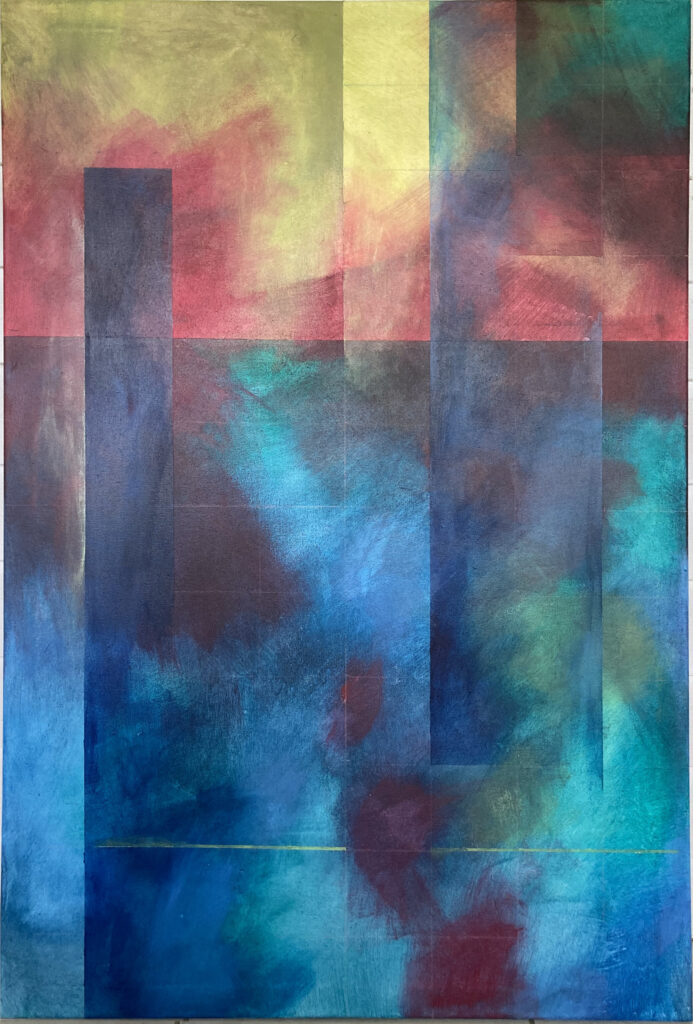 I think it’s getting close. I touched it up a little to bring more light into the picture. In some parts, where it’s barely noticeable, I think it worked. The bit on the left may have been too much. As it stands, I like the glow and I like the movement. There is a looseness to it which I like, but I think it also shows a lack of control, or perhaps a lack of intentionality. That’s because I’m out of practice. Overworking it won’t help though.

Near the top edge an artifact from the stretcher is visible. I should address that. I was either too heavy on the brush, or not tight enough on the stretching. Or both. Those preparatory steps are important if you don’t want problems like this to manifest themselves later in the process. In this picture, you can also see how it narrows at the waist, as noted earlier. I think that won’t be a major issue, as long as it’s not hung near a straight edge.

Should I try another? I don’t have much in the way of wall space or storage space, but I do have a lot of canvas, gesso and paints. It might help me re-learn the language of paint, and maybe even learn how to talk about painting. I’ll never be a Bob, but I can aspire.

This entry was posted in Uncategorized and tagged painting. Bookmark the permalink.