Getting ready for some happy accidents

Now that the canvas has been primed, I’m going to add some grid lines to keep my geometry straight. First I checked my measurements. The canvas should be 32×48. The width is correct at the edge. 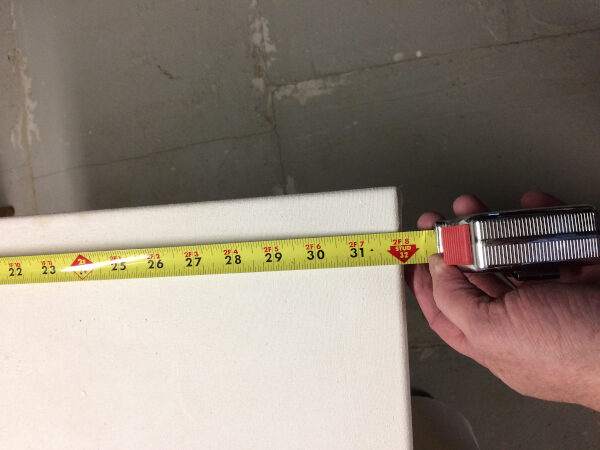 But it is narrower in the middle. When I was priming the canvas, I removed the cross brace because it was too thick for the stretcher bars and would have created lines across the middle. The gesso pulled the canvas tighter as it dried, with enough force to bend the stretchers. Hopefully it won’t be too noticeable  – it’s a 1/4 inch over a 4 foot span. 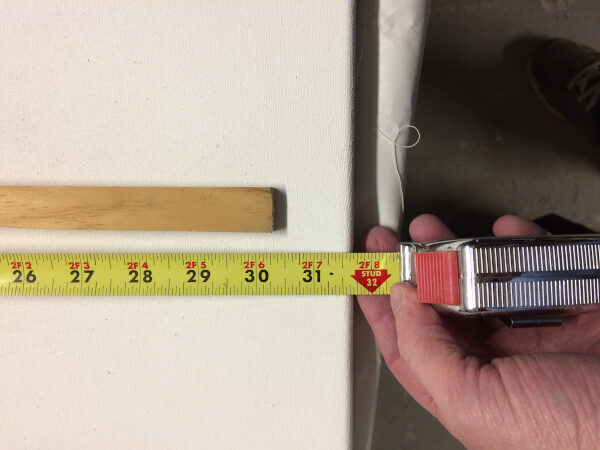 I drew in a grid of 4 inch squares. I will be playing off this grid in the painting process. 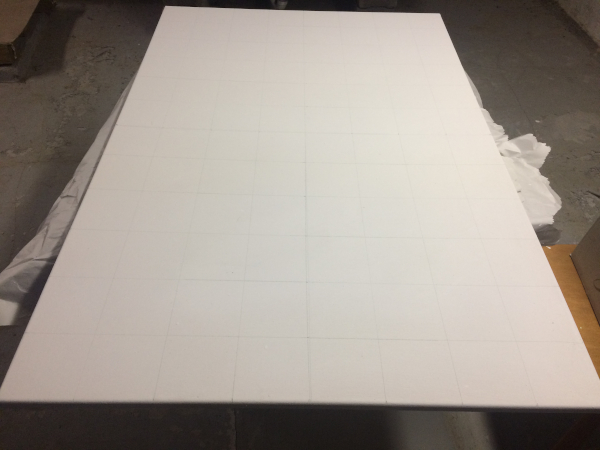 It’s not the right proportions for a golden rectangle, but I’m thinking of playing with a golden spiral kind of idea. I’m starting to tape off sections for an initial layer of paint. 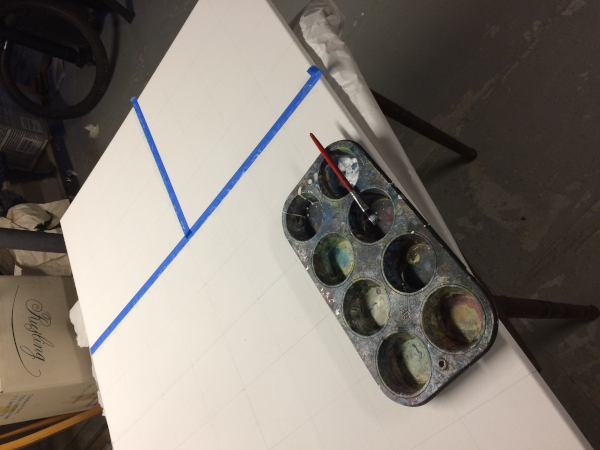 I’m using acrylic medium to seal the edges of the tape. Paint would bleed under otherwise. 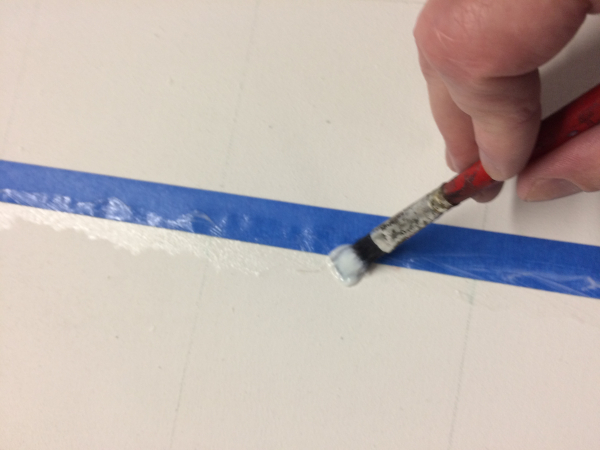 Here I’ve finished with taping and sealing. It may not be entirely clear what I’m doing here. When I start putting down paint I will start to see where the painting wants to go. 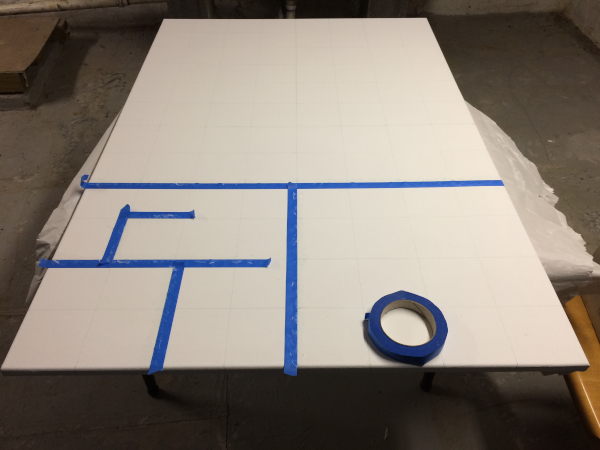 Now the stage is set for some happy accidents and big decisions, as Bob might say.

This entry was posted in Uncategorized and tagged painting. Bookmark the permalink.