Look at the window 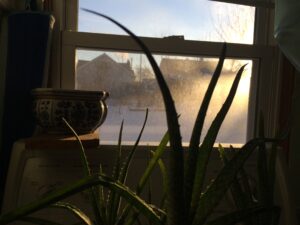 For today’s Daily Create, we had to do an out-the-window shot, but make it creative. I took a photo of the window in the laundry closet, but wasn’t sure what I could do to make it creative. I loaded it into GIMP, and figured it could do with some cropping. I rotated it a bit to make the window more straight and cropped in on the lower window. I thought the glow from the sun made it look deceptively warm, so I used the polygon select tool the window area without the foreground objects, then reduced the saturation -63%. This has the effect of making everything grayish and colder, but it’s not too obvious because the only real color out there was the yellow glow. Maybe it’s too subtle and I should have pasted in an abominable snowman instead, but I kinda like the contrast. Below is the end result: 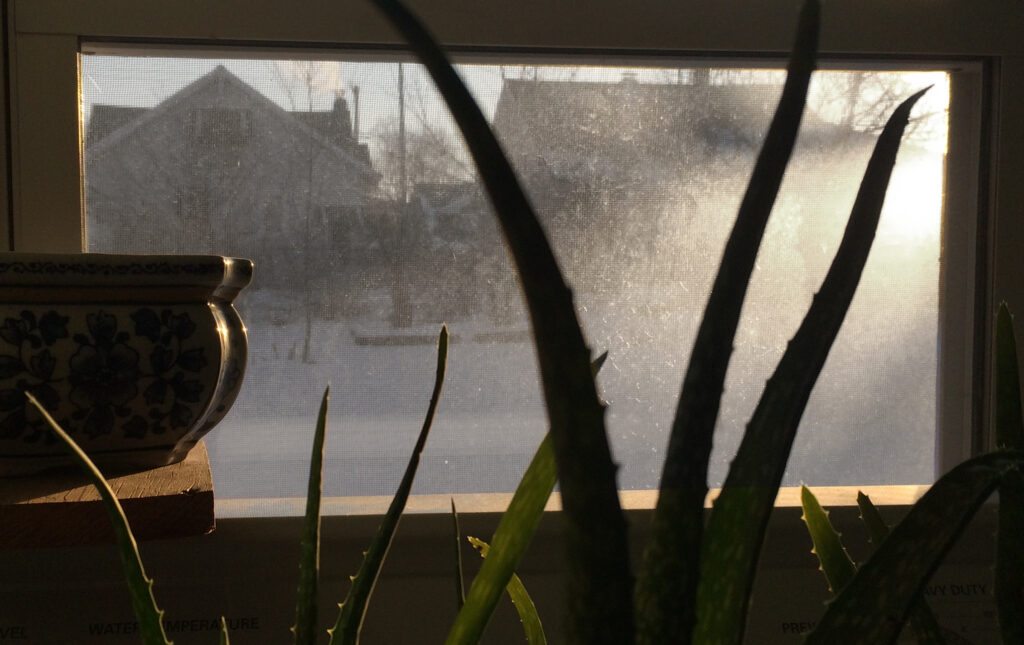 This entry was posted in Uncategorized and tagged daily create, ds106. Bookmark the permalink.

1 Response to Look at the window