“And you may look the other way”

I saw this GIF on Twitter and just had to do it. Sorry. This idea is entirely lifted from @Pandamoanimum. I used Twitter Video Downloader to grab the GIF and the YouTube Video and Audio Downloader in Firefox to get Travolta and the Bee Gees. I imported them both into iMovie. The GIF downloaded as an mp4 video, which made it easy to combine. I brought the music video in and played it to the point where the title came in and stopped it there, then inserted the cat video at that point. The video is short so I pulled it in a second time right a the end of the first one. On playback I noticed the the shape of the videos didn’t match, so I used the Crop to Fill function on the cat video. 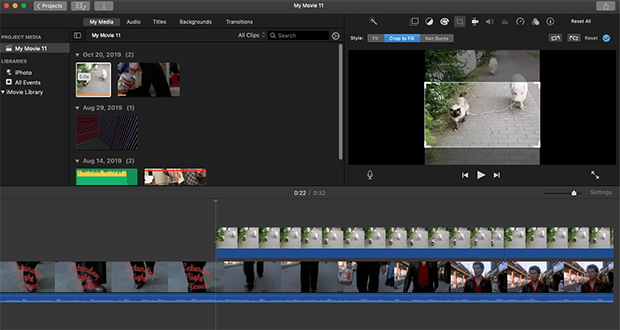 I uploaded it to Vimeo. See how long it stays there. It might have been better to just use the music and the cat and pig video, and get to the point without the intro part. Or maybe I could have added some opening credit text to it. If I adjusted the speed of the video so that the stepping fit the beat it might have been a subtle improvement, but it probably also would have gone unnoticed. So you get what you got. “And now it’s alright, it’s okay…”