For your final project, you are going to tell a story across multiple categories of media. You’ve done writing, photography, audio, video and design. You’ve remixed and mashed up. You’ve done big projects and group projects. You’ve connected different stories. Now we’re going to bring it all together in a transmedia extravaganza.

To repeat what I said in the email earlier this week:

One of the assignments this week was to create a mission. This was rather cryptic, but what we were doing was generating final project ideas. Your final project will be to build a story of completing a mission, in multiple interconnected media. You could think of the project as a portfolio of evidence, which you connect in a blog post. You could also take an entirely different approach, as long as it involves interconnected media. What do I mean by interconnected media? We have used several different types of media over the semester – visual, design, audio, video, web, and remixing and mashing them up. Your project will use at least three of these media. For example, part of your story might be a video, another part might be a series of images, and a third could be an audio production. You would connect the three in a blog post. Or maybe you would pin them on a Google map that gets embedded in a blog post which explains your story. The purpose here is to show that you have mastered several different types of digital media and that you can bring them together in a coherent story.

You are encouraged to work together on your projects, but this is not a requirement. Due to the nature of the assignment, it will not be necessary to meet up in person to collaborate. If you work together you can bounce ideas off of each other and share the work. You can look out for each other and raise each others game. Everyone has to blog their own write-ups, of course.

How big should this be? How long of a story do you have to write? That’s hard to quantify. This is a major project, so treat it as such. Think about the work that went into your radio shows – it should be comparable to that. Think of the kind of effort that would go into doing about 30 stars worth of assignments.

Twitter Polls
We need to find out what we know about the other agents. We have a top-secret list of all the agents, and we have interviews with them, so we have a start. Now it’s your turn to ask a couple questions. Instead of asking an agent directly, you will poll the class to see what we think we know. 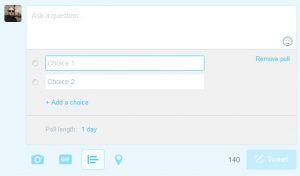 Everybody has an assigned day to conduct a Twitter poll. Every agent is assigned a day as well. You will ask a creative and respectful question through Twitter polls about one of the agents assigned to your day. You don’t want to ask something lame like “Is agent x a double agent?” A. Yes B. No. But you could ask something like “What did agent x do with that bicycle lock she borrowed?” A. She used it to lock a gorilla in the 7-11 B. She gave it to Dr. Evil. Maybe that’s kinda lame too. The polls should endeavor to provide helpful clues that we could use to build our stories. Tag the poll with #ds106poll and #(name of the agent the poll is about). Everybody should try to participate in each poll. Blog your analysis of the results. This is partly about having fun with the class characters, but you can also use the data from the polls in your projects.

Something is wrong in ds106! We have had several reports that there is a double-agent in our midst. Quite likely there is more than one. We must find out who they are before it’s too late. This may involve looking for clues and gathering evidence. It may also involve misinformation to keep the double agents from finding out that we’re on to them. You will have to figure out who can be trusted and who can’t.

We have unconfirmed reports that Canada is up to something, so we are looking to defuse the potential situation. Are they conspiring with the Russians? It may seem preposterous, but consider the facts: They’re both vast and brutally cold, they’re both into that hockey thing, and between the two of them they have Santa Claus practically surrounded. And you all know what that could mean. The question is, what will we do about it? 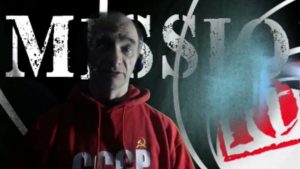 I’m concerned about this. It looks like your professor may have been working with the Russians. What is his role in all of this? Is he working on his own, or are other agents involved? What might his end game be? What are you going to do about it?

You can use one or more of the items above as the basis of your final project. You have free rein as to how you interpret or embellish these prompts. You are free to add other ideas as well. There are no limits. The important factors are to use a variety of media, involve your characters, be creative, have fun, and make it awesome.

By next Friday, 4/21, at midnight, you need to post a progress report. This should, at the very minimum, outline your mission and plan of attack. That is, it should show that you’ve started working on the project and that you have an idea of where it’s going. If you are working with a team, indicate who they are. This report could function as your weekly summary.

Post the project by 4/28. Your final project should be in a blog post. You will submit the URL of that to Canvas. It can link to other posts, if it makes sense to run it in multiple parts. All media – images, audio, video, etc. – must be embedded (not linked) in the post(s). The final project needs to be accompanied by a final weekly summary, in which you discuss and reflect upon the project. This could be the same post as the project, or a separate one, depending on what makes sense for your project.

There will be an additional (easy) assignment in the last week, details to come.

This entry was posted in weekly assignments and tagged ds106, mission106, weeklyassignments. Bookmark the permalink.