The Good, the Bad, and the Oblivion

I found this thing yesterday:

and when I saw today’s Daily Create I knew I had a use for it. I applied what I had learned before about lining up images with animated GIFs. After that trick, I cut out eye holes in the Dr. Oblivion layer: 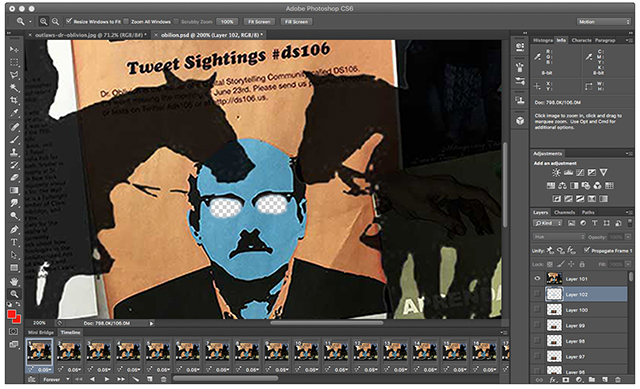 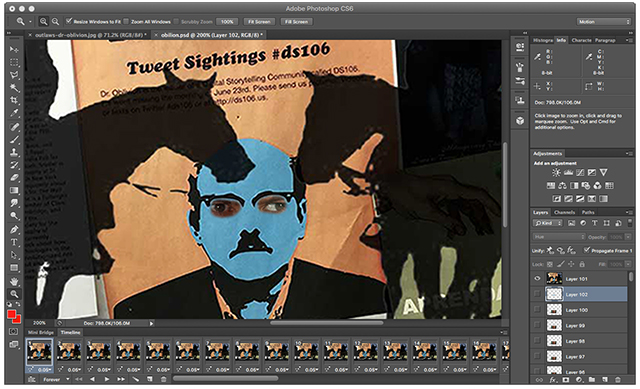 But I thought I could do better. I cut and pasted a block of the blue in Dr. Oblivion’s face to fill in one eyehole, and did it again for the other. So I had a top layer of the Twitter image, a layer just under that with two blue blocks, and then about a hundred layers of the GIF. 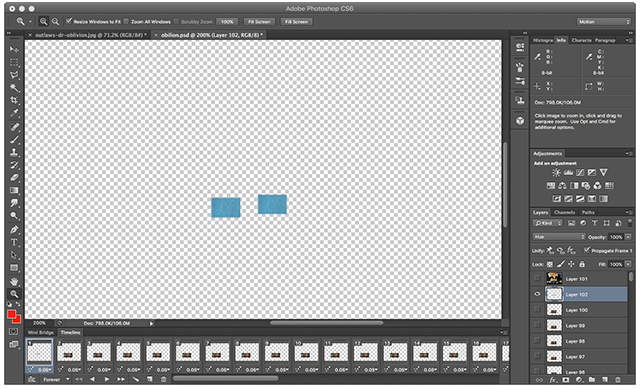 My idea was to try to make the skin tones in the GIF blue. To accomplish that, I changed the layer blending mode from Normal to Hue.

I probably could have tweaked the color in the GIF to get a better blend. I definitely could have done a better job at cutting out the eyeholes. But this will do. I don’t know if anyone would get the Western reference without having it spelled out, but that’s okay. We know what it is, and that’s what counts.

This entry was posted in Uncategorized and tagged dailycreate, dr. oblivion, ds106, western106. Bookmark the permalink.

2 Responses to The Good, the Bad, and the Oblivion