Morning in Baltimore – notes on episode 11 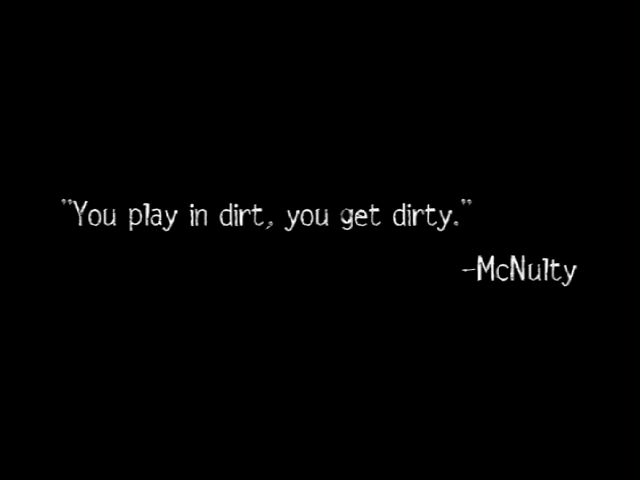 The title of this episode is “A New Day.” In the script, it specifically refers to the new mayoral administration and to the New Day Co-op that Prop Joe runs with the other drug kingpins. The epigraph is “You play in dirt, you get dirty,” which is what McNulty says about Officer Walker. “Dirt” is referenced a few other times in the script – when the kids are plotting payback on Officer Walker, when Bunk presses Prez for help with getting Randy to talk, and in the discussion of city finances: “Finance, of course, doesn’t deal with the dirt under the nails tangibles, unless you consider the money itself to be dirty.”

“A new day” could also refer to the major crimes unit getting back to business. Daniels calls it “morning in Baltimore.” Lester goes back to the unit’s office and turns on the lights, symbolic of a new day/morning, and starts digging in the dirt and reviewing case files. There’s some eloquent visual storytelling going on in the scene. We see a box labeled “subpoena returns,” so we know we’re looking at the trail of dirty money. We see Freamon pull a folder for Ed Bowers, and the scene cuts to a fundraising gathering where the new mayor is hobnobbing with the city’s elite and gets introduced to Ed Bowers. We go back to Freamon looking at a subpoena for Maurice Webber, then cut back to Carcetti in conversation with another person. His name tag reveals him to be Maurice Webber. We can expect the new mayor to quickly find dirt under his fingernails. 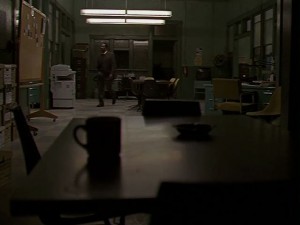 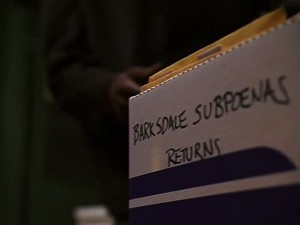 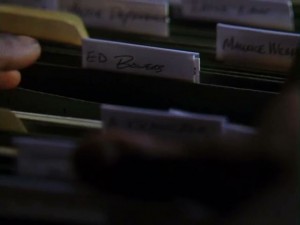 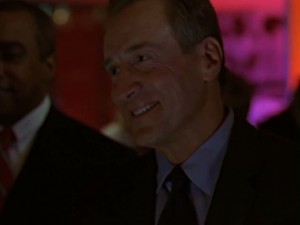 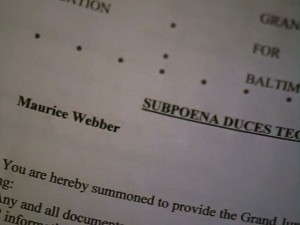 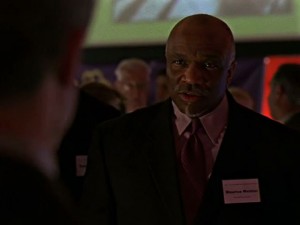 By intercutting those two scenes, and juxtaposing just the right shots and just the right dialogue, we get all that information in a fraction of a minute – another example of masterful editing.