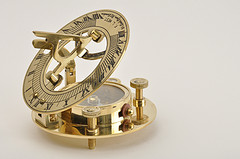 One of the many nice things about The Internet Course is that you never know where it will go. The course description gives it broad guidance as to what it covers, but the students determine how to approach the various topics. Now we’re in the final project phase, which is entirely student driven. This has produced a number of interesting projects in the past, and this semester looks to match the standard of creativity that has been set.

One group is taking a Buzzfeed-style listicle approach to the impacts of the internet – 10 reasons why the internet ruins everything. The plan is to take both serious and sarcastic approaches to items on the list. Tuesday’s class brainstormed ideas, some of which were:

What fascinates me about this is how easy it is to make arguments from both sides – the internet’s impacts can be seen as both positive and negative. Take music for example. That the internet has destroyed the industry is a common refrain. although I would contend that the industry had been shooting itself in the foot long before Napster came around. The traditional recording industry and music retail outlets have taken a hit, to be sure. But there are new players in the field, and at least two of them, Apple and Google, are profiting quite nicely. The flip side to the doom and gloom that the RIAA spouts was articulated by Steve Albini recently. There has never been a better time to be a fan of music. We’re no longer at the mercy of radio and retail gatekeepers. And neither are musicians – they can take control of their careers, rather than putting them and their profits in the hands of managers and labels and producers and promoters.

Tuesday’s other group is expanding on the creation/consumption topic by doing a survey on how people contribute original content to the web. That leads to some interesting questions about what constitutes original content and the nature of creativity. Is the Pentametron’s content original? Creative? I would say yes, but I am sure some would debate me. The idea of curation as a creative act seems to be born out of the internet. The survey avoids this potential minefield by providing a definition. The survey also asks about the nature and impact of original content, and charts the responses. I would be interested to see a breakdown of types of content – text, image, audio, video, code, etc – but that may be outside the scope of their study.

Both of these projects are different, both in topic and form, from what we’ve seen in previous iterations of the course. It goes where it goes and where it ends, no one knows.

This entry was posted in Uncategorized and tagged creation/consumption, impacts, tic104. Bookmark the permalink.