There’s never been a paper bag…

Inspired by the WaffleStomper, I thought I’d try remixing a song and some speech. Keeping with The Wire theme, I was also inspired by the speech that Major Colvin gave about the history of the paper bag. I decided to mix that with Blake Leyh’s closing theme, The Fall (YT). I used MPEG Streamclip to get the audio for both. When I put them together in Audacity, I saw that the speech was about twice as long as the music: 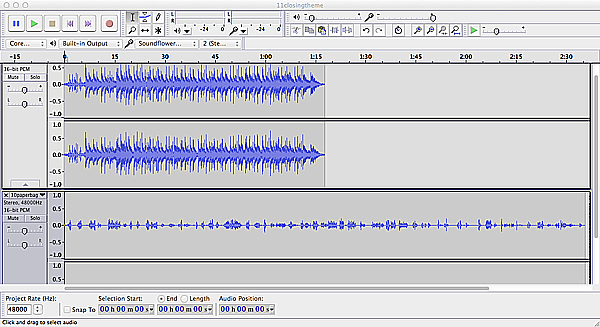 So I had to do some editing. I went at it on both fronts – shortening the speech and lengthening the music. If you look at the speech, you see a lot of flatline segments, the pauses between his words. Taking them out entirely would make it sound unnatural, but they can be edited aggressively. Every place I saw a length of silence, represented by the flat line in the waveform, I removed a large part of it. 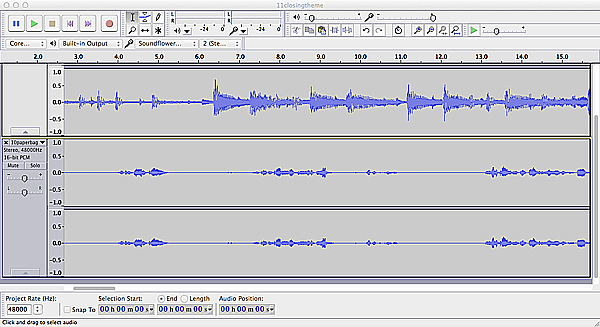 This shortened the speech significantly, but it was still longer than the music. Editing that was trickier. I selected three passages and looped them by copying and pasting. The trick was to listen to the pattern in the music and figure out where it repeats. That way I could duplicate the sections without disturbing the flow of the music. I don’t think I did a really good job with getting the splices right – if you focus on the music you can hear where I edited it. On the positive side, it’s only jarring in a couple spots. I used the Amplify function to boost the voice and the mixer slider to bring down the volume of the music.

1 Response to There’s never been a paper bag…