One of my FB peeps suggested the idea of Taxi Driver with a disco soundtrack, as if that would be a bad thing. It’s been decades since I last watched the film so I don’t know for sure, but it seems like an intriguing remix. And potentially possible – it shouldn’t be a problem to add soundtrack music in iMovie, nor to substitute music where music is the only sound. The challenge would be in the scenes where music is layered in with dialogue and ambient sound. I know Riffstation can isolate a frequency range, so maybe I could filter out some of Bernard Herrmann’s soundtrack. 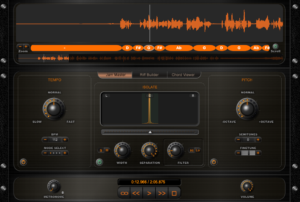 I wasn’t happy with Riffstation’s Save function, so I switched the sound output to Soundflower and used Audacity to record it from there. Some of the background music still came through, so I tried to filter that with the noise reduction function. It wasn’t perfect, but at least the voice-over didn’t get distorted. I then found an instrumental version of How Deep Is Your Love from the Saturday Night Fever soundtrack. It doesn’t really sound like disco to me, but it has the right pedigree. I put the pieces together in iMovie and created this proof of concept. Maybe I’ll be able to get through the rest of the film and broadcast it on ds106.tv.

This entry was posted in Uncategorized and tagged disco, ds106, taxi driver. Bookmark the permalink.