…they hate that in Italy.

This week I watched Fernando di Leo’s 1972 film, The Italian Connection (YT). That’s the US title, no doubt intended to cash in on the success of The French Connection. The Italian title was La Mala Ordina, (The Bad Orders), but even better was di Leo’s original title, Orders from Another World. Most of the movie takes place in Milan, but it opens up in the office of a high-level mafia boss in the US. The interior design immediately caught my attention, so I thought I’d take a look at a few interiors, and some other design elements. 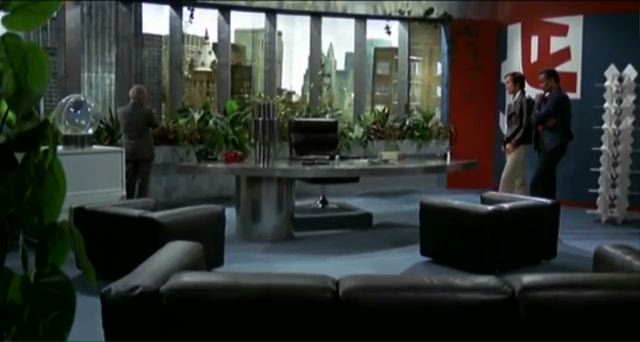 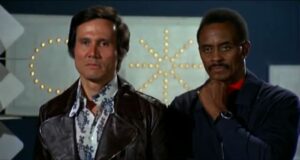 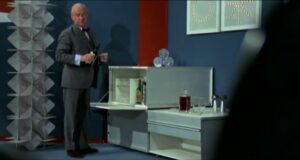 Look at that chrome pedestal desk, and the massive chrome lamp. It looks like it wouldn’t be out of place on a sci-fi set. The modern art on the walls and the sculpture in the corner likewise strike me as outside of a normal person’s experience, although the lights on the wall piece do have a game-show quality. It shows that the boss here, Corso, lives on a different level from the rest of the story. The “other world” idea is further emphasized in the instructions he gives the two hit men:

The Italians have a strange type of gangster in mind, they see him being exactly like you, and you have to dress and act like gangsters. Drink, leave big tips, put your feet on tables, they hate that in Italy. You have to act the part so that everyone knows who you are.

The mafia boss in Milan doesn’t have the high-rise view, but he’s also in a different world from the rest of us. He has a sci-fi table lamp too, and those jagged metal and wire sculptures again are not the common man’s art: 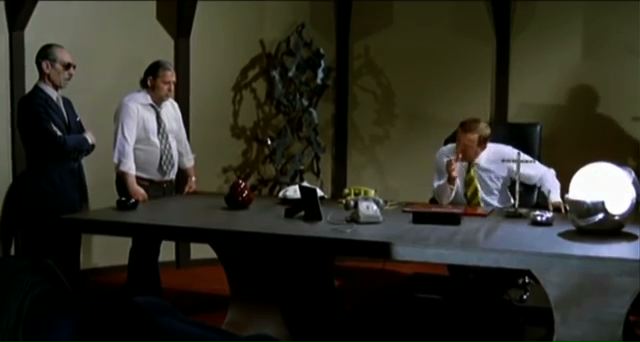 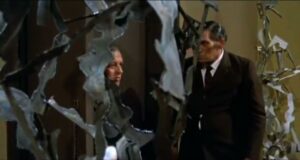 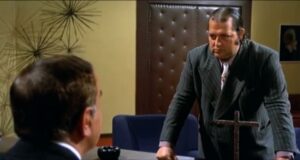 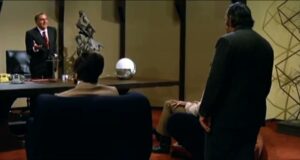 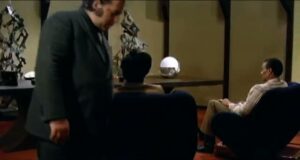 The movie ends in a shoot-out in an auto junkyard, so the twisted metal is a bit of foreshadowing.

Another interior worth looking at is the hippie-commie party people’s apartment: 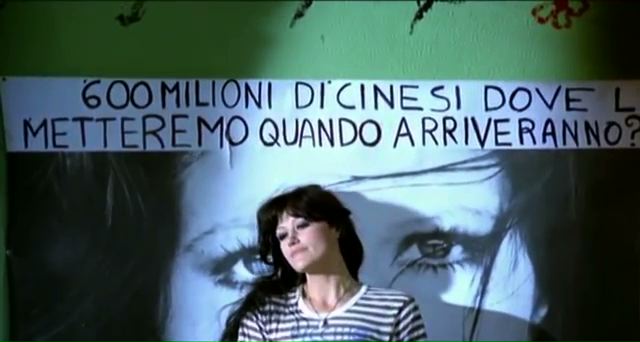 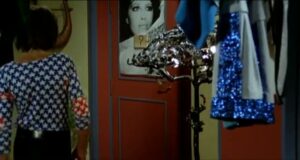 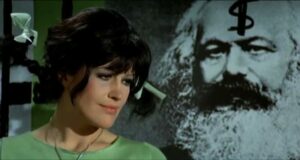 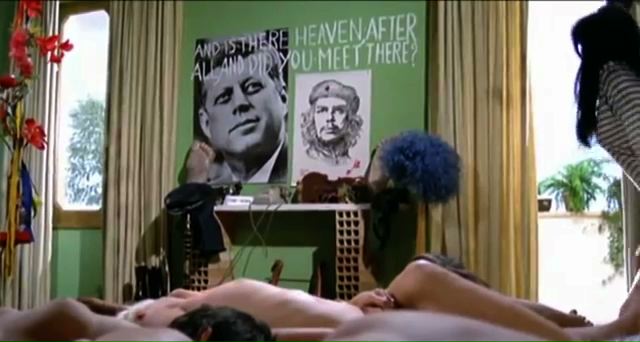 It’s also modern art, but rather than just project wealth, it’s attempting to say something, meaningful or not. It also has a human quality that the other art lacks. I don’t know what to make of that foot in front of JFK, but I like it.

Something we talk about in ds106 (I talk about anyway) is how design tells a story. Set and costume design are prime examples of this. I don’t think I ever do a good job of really getting the message across. Most people don’t think about design in that way, whereas I do by decades of training. 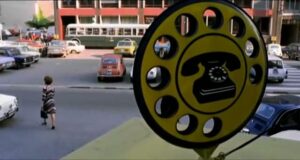 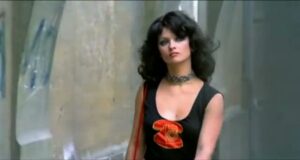 There’s a telephone motif throughout the movie also. Maybe that’s to show how the orders get from one world to another. The Eurocrime documentary (YT) mentioned that product placement was a prominent feature of the genre. I’m not sure if the phone company would be part of that or not. I probably won’t beat my head against the wall trying to figure it out.

This entry was posted in Uncategorized and tagged design, Poliziotteschi, The Italian Connection. Bookmark the permalink.