Mariana Funes (@mdvfunes) the ds106 shrink requested a “How I Did It” post on the Tales from ds106 week one video. The key to doing something like this is the green screen, which I found online for $17.99. I recorded the conversation with Jim using Google Hangouts On Air. Note that Google Hangouts doesn’t have a record function, so you have to use Hangouts on Air. 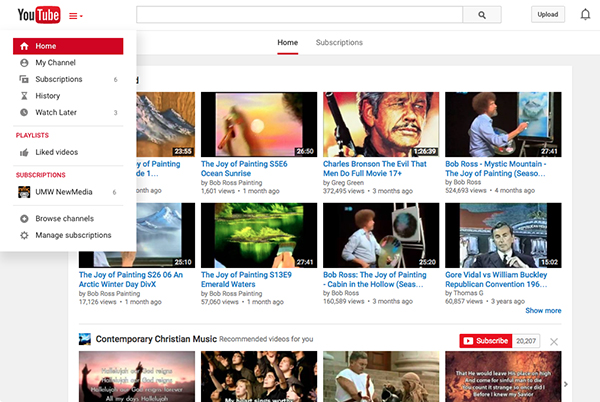 After the recording was done, I went to my Youtube channel to download it. It seems like I always have to do some poking around to find a Hangout on Air recording, but I found it in the Video Manager section, and there is a Download MP4 under the Edit drop-down menu. The video we recorded has the two of us in front of our respective green screens. The background images in the final video came from a few different sources. Some are comic book covers, which came from either the Digital Comic Museum or Comic Book Plus, archives of public domain comic books. One of the video segments in the background is the opening sequence from Night Gallery, which I found on Youtube, and a couple other are from Creepshow, one of the topics of discussion. With all these element saved on my computer, I went into iMovie to assemble them. This part was a little tricky. As I found out, you have to put all the background elements in the video timeline first, and then bring the green screen recording in on top of them. That seemed backwards to me, but that’s the way it works. I no longer have the edit file of the movie, but here are some screen shots from another: 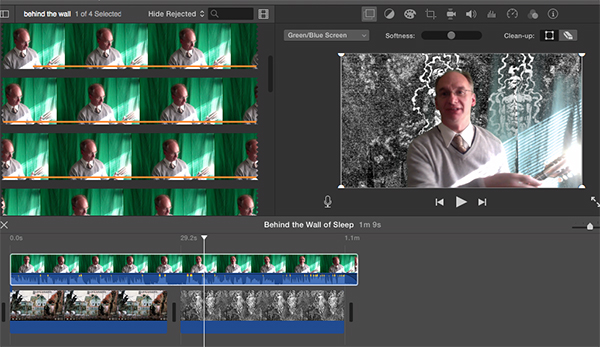 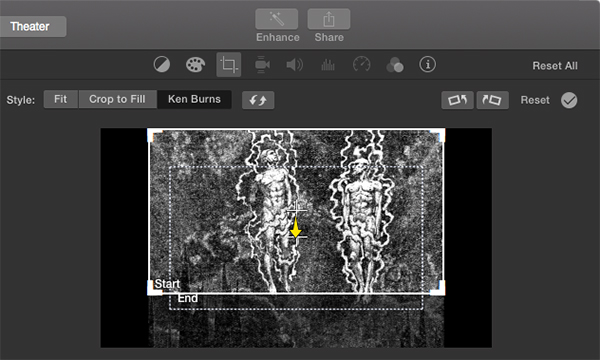 You can control how still images pan and zoom. Or you can turn off the Ken Burns effect.

That’s a quick look at how I did it. There are plenty of better and more detailed iMovie tutorials out there, I’m sure. I mostly figured things out by playing around. Not the most efficient way to learn, but it can be fun.

This entry was posted in Uncategorized and tagged ds106, ds106tales, imovie. Bookmark the permalink.