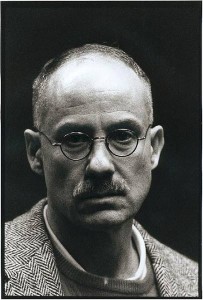 My introduction to the work of James Ellroy was White Jazz. I was browsing the crime/mystery section in the public library and the typography on the spine caught my eye. The jacket and flap copy made it sound intriguing so I checked it out. The writing was quite intense, as was the plot – allegedly Ellroy’s outline for the 349 page novel was around 200 pages long. So, in the shuffled chronology typical of noir, I worked my way through the LA Quartet backwards. That wasn’t really a bad way to approach it – you see where the story ends up, then let it unfold to see how it got there. For me, the last three novels of the Quartet (The Big Nowhere, LA Confidential and White Jazz) hold together as a trilogy. The Black Dahlia hangs out in front of those three as its own thing. It shares many elements with the other three novels –  the time period and location, violence and LAPD – but plotwise isn’t really integrated with the others.

One thing about The Black Dahlia is that it was a real case which was never solved. The other thing to know about it is that Ellroy’s mother was murdered when he was ten; another case that was never solved. He became obsessed with crime, crime novels, and the Elizabeth Short case – I guess as a way of dealing with the tragedy. For Ellroy, the Dahlia has a deep symbolic connection to his mother’s life and death.

Ellroy had written a half-dozen crime/detective novels before The Black Dahlia. They were good, but not outstanding. He knew as he was writing those early works that he needed to write the Dahlia, but that he also needed to develop as a writer in order to do it justice. He said, in My Dark Places, “I knew I could link Jean and Betty and strike 24-karat gold.” When he was ready, he wrote it and it made him a star.

I suspect Freud would have a field day with this one.

This entry was posted in Uncategorized and tagged blackdahlia, ellroy, hardboiled. Bookmark the permalink.