The other day a gun lobby spokesperson said that the media love mass shootings. This predictably caused some controversy, but the main point is true: if it bleeds, it leads. Stories of tragedy draw attention, and attention is monetized in advertising. What interested me about the statement was that it is exactly what I often think of the gun lobby. Mass shootings are followed by spike in firearm sales, because some people worry that this time there will be legislation. Mass shootings are like xmas for gun sales.

But the truth is no one loves it when children get murdered. Owners and investors love profits. That doesn’t mean they are particularly happy about the circumstances. The profit motive impacts how they respond. The way news media reports on these tragedies sensationalizes them. It inspires copycats. A more moral course would be to downplay the sensationalism, like they do with reporting on suicides, but that raises the spectre of a loss of market share, and lower profits. Similarly, the firearm industry response to these tragedies is that people should buy more guns. That won’t make people more safe or less tense, and it makes weapons more available to those who would misuse them. Making weapons less easily available would have a negative impact on profits though. For the love of money…

I’m no scholar, but even I knew that was a quote from scripture. The context is interesting. Prior to the verse is an instruction to stay away from snark and polarization, and those who would profit from them. Later in the chapter is a commandment to the rich to share their wealth – a highly polarizing proposition in the US today.

Give me a nickel, brother can you spare a dime
Money can drive some people out of their minds (O’Jays)

Going back to the start, my main takeaway is that I am just as inclined to contribute to polarization as anyone else, apparently. Something I should watch out for. If we want to be healing and unifying, we shouldn’t try to be united against others, but rather united for something. Us, rather than us vs. them. Easier said than done. Anyway, here’s Troop and Levert to kick the ballistics: 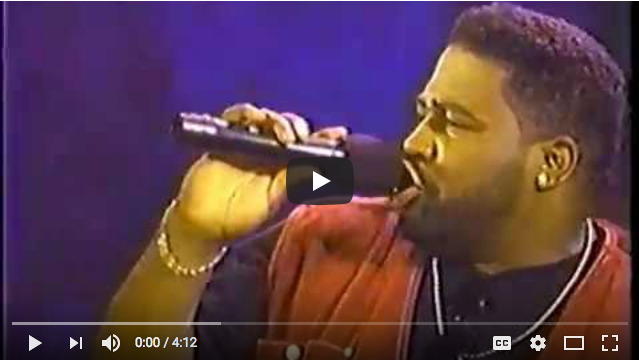 This entry was posted in Uncategorized and tagged engagemooc, polarization. Bookmark the permalink.

1 Response to Kick the Ballistics