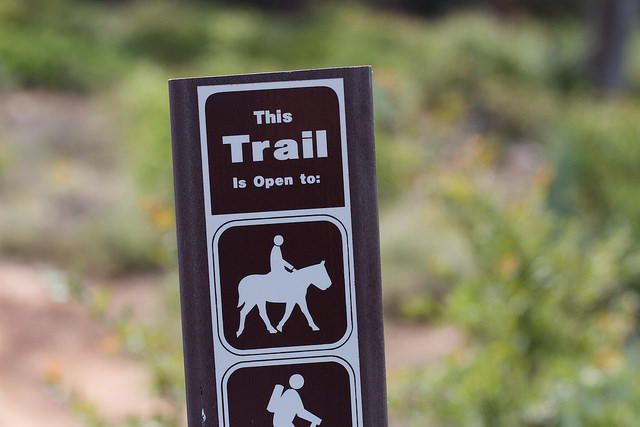 One of @cogdog’s many wonderful photos. I like the metaphor. Open education seems commonly thought of in terms of OERs, as free textbooks. Many of us see that as short-sighted, and missing the larger point and possibilities of open.

In the open source software movement, they use the metaphors “free as in free beer” and “free as in free kittens” to show the something for nothing aspect and contrast it to the potential ancillary costs. They apply to OER as well. There is also the free as in freedom metaphor, that open is free from restrictions, which opens up more possibilities in what students and educators can do.

Open as in trails brings in more ideas – a journey, new paths and new discoveries, while also indicating that there is effort and initiative involved. With trails, the effort is enjoyable, the journey is its own reward, and what you find along the way is a bonus.