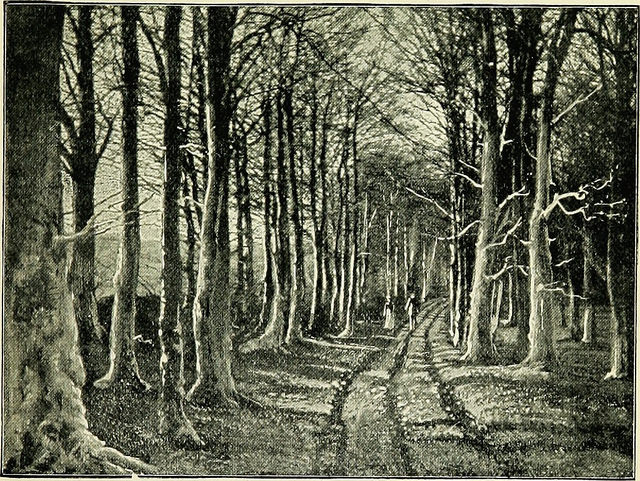 Image from page 30 of “British sanatoria for the open-air treatment of tuberculosis : with numerous illustrations ; [reprinted with additions and alterations from the “West London Medical Journal.”]” (1899)

It’s been a while since I joined a MOOC. Mostly that’s because I recognize that I don’t have the time. #OpenLearning17 is hard to pass up though, because of the format, the great people involved, and the topic, which means a lot to me. Hopefully I will find some openings in my schedule so I can put something in and get something out of it.

I’m thinking about my journey to open education. I’ve always been a heavy library user, and the library represents a form of open education although I never thought of it that way. Fifteen years ago or so I enrolled in a distance ed masters program in digital printing and publishing. It taught me to get out of the printing industry, but I learned some other lessons as well. I noticed that almost all of the tools, readings and materials we used were freely available online.  What we were paying for in the program was mainly the selection and organization of the materials, and some occasional feedback and interaction. Thinking there might be more of a payoff in learning about the selection and organization of information, I dropped that program and entered one in library science.

Then, as I was transitioning from a K-12 librarian to academia, I found out about MOOCs. I thought this was a brilliant innovation.  Siemens and Downes opened their course to learner input, and at the same time opened it up to the public, sharing the learning experience with the world and seeing what the world could add to it. This became addictive, and eventually I got sucked into ds106 and never escaped. (ds106 is 4life, you know.) So I’ve been thinking about the value of open resources and the potential of open pedagogy and practices, trying to talk the talk and hoping to walk the walk, to get better at it and do it more.  OpenLearning17 can be another step on the journey.

This entry was posted in Uncategorized and tagged openlearning. Bookmark the permalink.