What I’ve been reading

I know I’ll never be a Martin Weller, but I managed to get myself into a number of books at once. 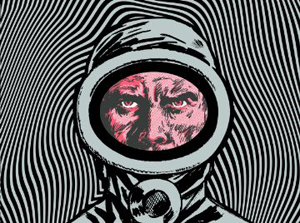 First was The Eternaut by Héctor Germán Oesterheld and Francisco Solano López. I ordered this for my library, or tried to, but it’s out of stock at the publisher. That surprised me, since it only came out last year. I tried to get a copy through our regional library consortium, but the request was refused, which made me more determined, so I went through interlibrary loan. To me, it reads like a 50s sci-fi story with people fighting off an invading alien army that includes giant bugs, monsters and zombies. We never actually see who or what is in charge of the aliens though – it’s an army of pawns under remote control of some middlemen, who themselves are in a “follow orders or die” position, all under the command of an invisible hand. The people who fight are mostly ordinary civilians who surprise each other with their ingenuity and initiative and rise above a seemingly hopeless situation.

Then I had an audiobook, Too Big to Know by David Weinberger. This had been on my to-read list for a while. Audio is not the way to go with this one. Part of the reason is that I mainly listen as I’m commuting, so I’m engaging in distracted listening, and the content deserves better. The other thing that bothers me is the narrator. He reads in a newsreader sort of a voice, which gives the prose a flatness that I don’t think it would have if I read the text.

I heard about Jason Reynolds speech and poem in acceptance of a Coretta Scott King award for his novel, All American Boys, so I had to read that as well. Topical. 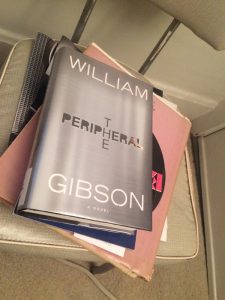 nd then there was The Water Knife, by Paolo Bacigalupi, which I wrote a little about already. So that’s a graphic novel, and audiobook, a YA novel, and a SF book. Not heavy reading, but it’s something. Can I keep the run going? I have The Peripheral on deck, but it’s been on my to-read shelf for a long time.

This entry was posted in Uncategorized and tagged eternaut, the water knife, too big to know. Bookmark the permalink.