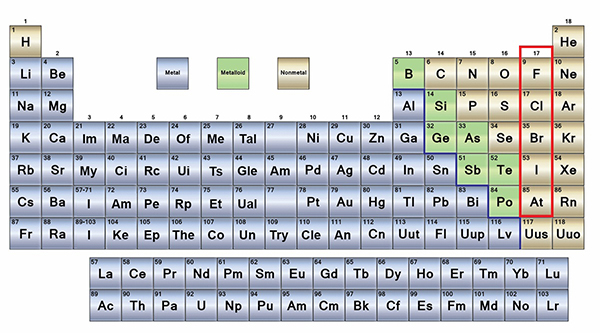 The 11th anniversary of ds106radio has me waxing nostalgic, I guess. There was some discussion of playing songs we listened to when we were 11. This idea was abandoned as potentially too embarrassing, but I may still have to go for it. Earlier this week one of my FB people posted some photos of us from the 80s, back in our metal years, which also had me looking back.

So when today’s TDC said MetalVerse, the first thing that came to mind was the old Judas Priest song Electric Eye. I barely pay attention to lyrics in songs, and I’m sure I haven’t listened to that one in at least a decade, but somehow I still knew the chorus verbatim. I had the idea to put the lyrics in the periodic table. To do this, I would need to mask the letters already there. Having those two blank spaces made that easy. I just copied and pasted them until I had covered up most of the bottom four rows. I kept all the cover-ups on one layer because I might need to remove some of them later. Then I had to type in the lyrics, 2 letters at a time (mostly). I took some time to tweak the size to match the existing type. I had a separate layer for each bit of 2- or 3-letter text, which was a little unwieldy but it allowed me to align the layers without too much trouble.

At first I had the lyrics start at the left side, but then I slid them over a couple squares. Maybe that wasn’t a good idea, because now it’s perhaps too un-obvious. But an electric spy should know how not to be seen. 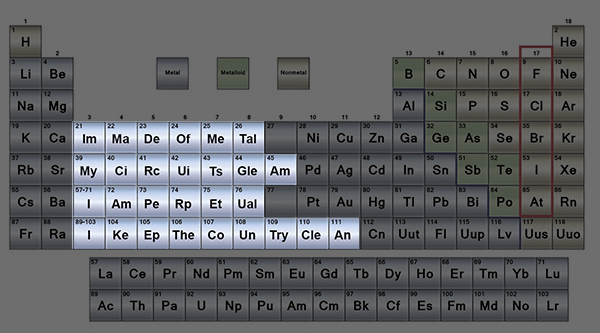 This entry was posted in Uncategorized and tagged daily create, ds106, metal. Bookmark the permalink.