Raiders of the lost loo roll 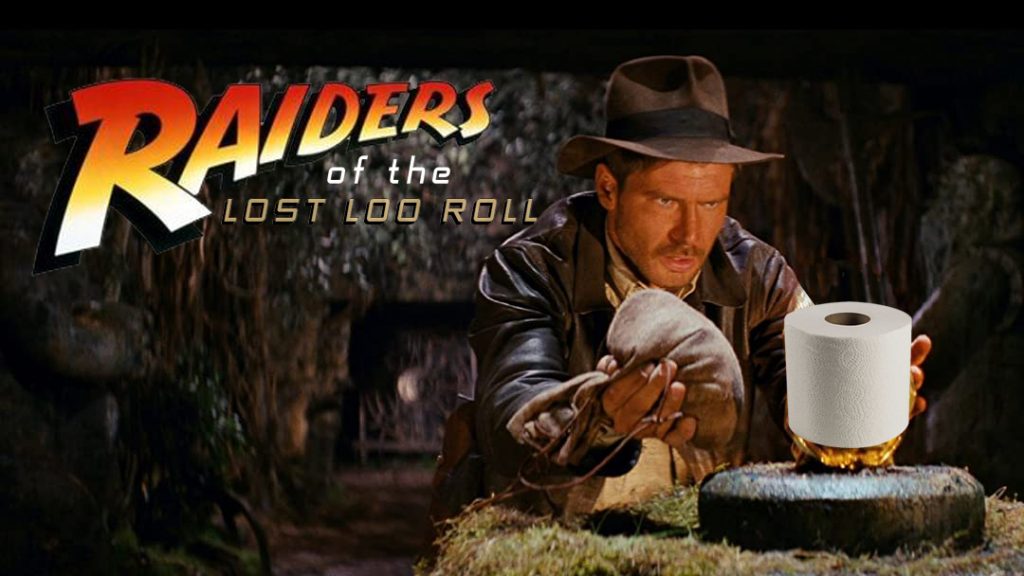 At this point I’m pretty sick of toilet paper jokes. I much prefer Jim Luke’s explanation of the issue, as it makes me feel like I learned something. Today’s Daily Create was a simple challenge, so simple that the real challenge is to make it interesting. I decided to go for an 80s title, and bounced around a few until I settled on Raiders of the Lost Toilet Paper. But that’s not good enough so I looked to se what kind of photoshoppery I might be able to do. I did an image search for “Raiders of the Lost Ark,” and the one image looked perfect. I could slap a roll over the skull and drop in the title on the left side. I had to use the clone stamp tool to take out the top of the skull – a crude job but not really noticeable. I googled for the logo and found one I could use. I would have to eliminate the white background, but I could do that with the magic wand. The tricky part – the interesting part – was matching the typeface. I googled “raiders fo the lost ark font” and found a Reddit thread that identified it as SF Fedora. There was a download link for the font, but I was looking for an easier way. I googled “sf fedora” and saw a link to DaFont, which is my go-to page for weird type. The TDC prompt suggested “loo roll” as an alternative term. I used that because it flows better and it fits better. I used the eyedropper tool to pick up the color for the letters. It didn’t come out quite right, but it was good enough. When I put the logo on the image it lost the “of the” part of the title because it was black type on a black background. I went back to DaFont and recreated that part and made it white. And there you have it! another job down the drain.

2 Responses to Raiders of the lost loo roll