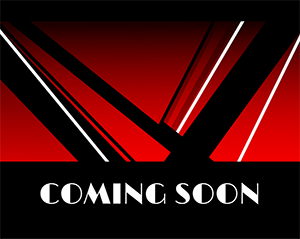 There will be more details on the final project forthcoming, but basically it is a major project, on par with the radio show, which has to have something to do with our theme, and has to incorporate multiple different media, which interconnect in some way. I am collecting here some of the ideas people came up with, and adding my thoughts to them. Hopefully this will help people get ideas and start to think about where they might go with them.

“A story of an 80s movie, told as if it’s a video diary. So Breakfast Club, we’d choose one character, and tell the story from just that one person’s point of view. With Back to the Future, instead of following Marty’s side of the story, we’d follow one of his parents.”

I like this idea because it has some constraints, which can help to focus your creativity. It gives a starting point too, and connects to familiar stories. I also think about Vonnegut’s shapes of stories, and how they are specific to characters. What is the Old Man’s story in Robocop? What shape might it take?

“Maybe, a story about an 80s movie, and creating a different ending or beginning. Messing around with the climax or the movie message itself by recreating it, or adding to it.”

This reminds me of The Shining Recut, which takes Kubrick’s vision of King’s story and seemingly turns it into a sappy family movie. We could expand on that idea by coming up with marketing material like a poster and a radio commercial, and create a movie review to go with it. Could we make Sixteen Candles into a horror movie? I don’t know, but it would be fun to try.

“I kind of like the idea of taking iconic scenes from movies or TV during the 80’s and rewriting the dialogue to match how it would sound if it took place today, in 2019. I think the times, while being similar, are also extremely different when it comes to individual interactions between people that it could be really interesting. Or taking it even further, possibly take an entire plot and try to pass it through a 2019 filter and talk about how it would probably turn out in today’s cinema, what would be different and what could stay the same”

Seriously, would any of those movies be the same if people had cell phones? What if we took the Swede a Scene assignment and built it out to re-envision multiple scenes with modern technology and attitudes?

Some 80s videos were pretty primitive. With what’s available in the HCC Production Studio, you could easily do something just as good or better.

“I enjoyed recreating an 80’s teen who experience all the trends that we are examining in this class.”

Building stories around characters is something we have done often in ds106. I didn’t push it this time because I didn’t think it would fit with the theme, but there are ways to make it work and it opens up more narrative possibilities.

“This inspired me to maybe base my final project on being a news reporter in the ’80s (specifically in Hawkins??) and using the different types of media to report on all the strange things happening in town.”

This has many possibilities too. I wonder what a reporter from the 80s would say about our current times. The news angle would give the project a certain format and style. You might even use 80s news videos as models.

“One project idea I had for the 80s theme was a life in the day of the 80s where you do research and create a narrative of someone or multiple people living in the 80s for a day.”

I don’t know if I’ve ever seen someone do a research/interview project for ds106 before, so naturally I’m all for it. This would be great for a final project. You could use multiple media to bring in documentary evidence to complement the interview. You could play it straight and do a real interview, or you could do something fictional and dramatic, like Jason Voorhees reminiscing about the old days.