“Reality of My Surroundings”

After looking at the photo reflections people have written, I thought I’d do a quick one of my own. I feel like photography isn’t really my medium, even though I have an extensive background in art and design, and did a lot of photo work way back in high school. But even then I was more on the production side, being in charge of the darkroom and doing much of the film and photo processing for the yearbook. Now most of my image work is in Photoshop, which I would call photo editing rather than photography. What I need to work on is selectivity and an eye for framing and composition. The pictures I take are of the snapshot variety, mostly as a form of visual note taking. In fact, I just scrolled through the photo library on my phone and deleted dozens of images because they were notes I no longer needed. As an example, here’s a picture of a 1980s telephone that I spotted the other day 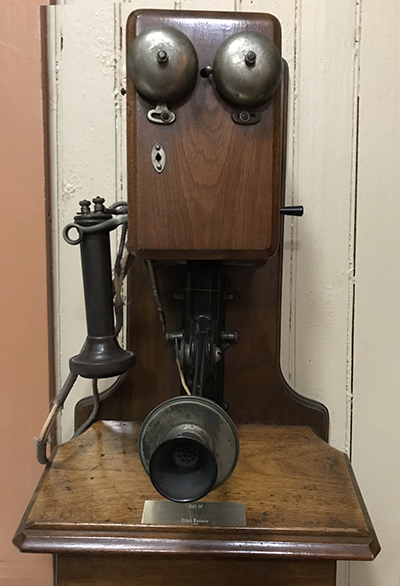 The visual interest is in the object itself. It’s a documentary photograph without any artistic pretensions. If I had been thinking, I would have taken a side view as well, so I could make a kind of police mug shot out of the two. In comparison we could look at Hinoiri’s photo blitz which shows an artistic sensitivity throughout. That’s a nice thing about photography – not only can we capture the art around us, but we can create art out of our surroundings.

This entry was posted in Uncategorized and tagged ds106, ds106things, photoreflection. Bookmark the permalink.