As a long time fan of Bob Ross, I was naturally drawn to Kim Beom’s Yellow Scream:

I’m very impressed with his ability to keep a straight face. But I wondered what would happen if I set the audio to music. It think it was the contrast between his calm speaking and varied screams that gave me the idea.

I downloaded the video and imported it into Audacity to capture the audio. Then I needed some music. I went to CC Search and looked for a happy instrumental on SoundCloud. There were several options. Beatjunkie Rato – Homecoming (Happy Guitar Piano Rap Beat Hip Hop Instrumental) from YourRapBeatsTV caught my interest, so I downloaded that and imported it into Audacity as well. From there, I cut off a chunk of the talking at the beginning – the talking and the screaming are easy to distinguish visually by the shape of the waveforms. Then I went through it and edited out pieces of flat line (silence) here and there so words and screams more or less aligned with beats here and there. You can sort of pick out beats by looking at the spikes in the wave form. When the music ran out, I just deleted the rest of the video soundtrack. I ended up with a screen like this: 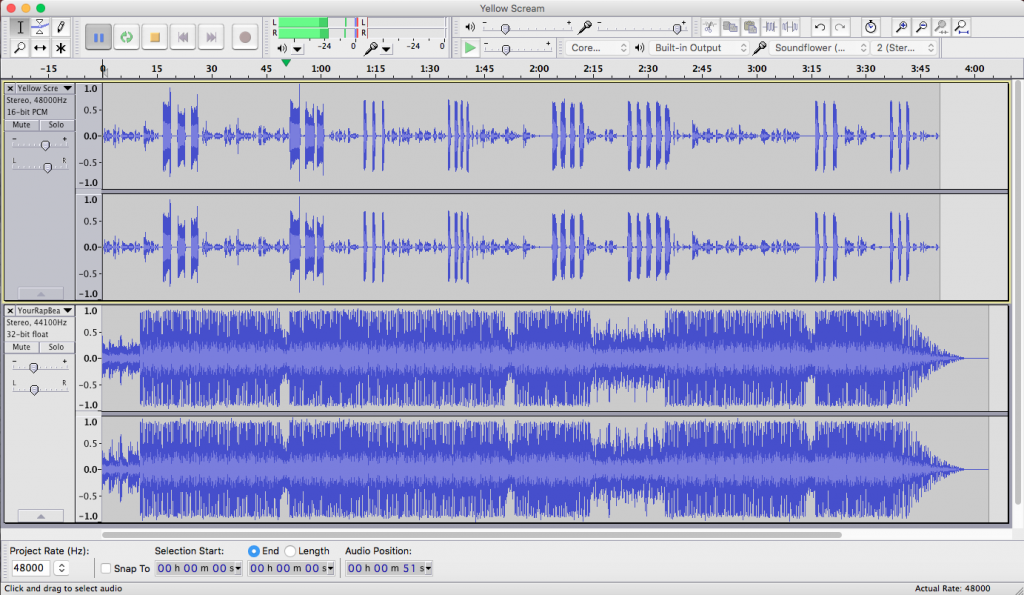 I exported that as an MP3 and put it up on SoundCloud:

It’s pretty painful to listen to. It might have worked better if I took more time to select the right music and edited the video’s sound so that they work together. As it is, anything that works in it is a happy accident, like Bob says: 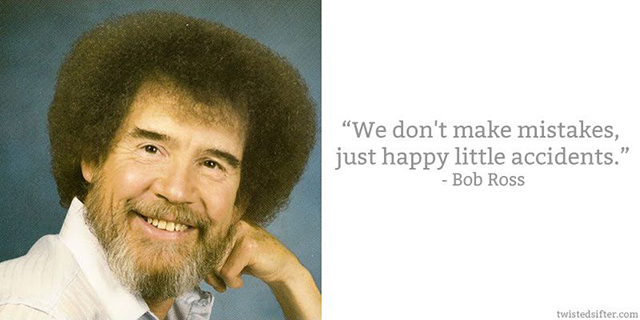