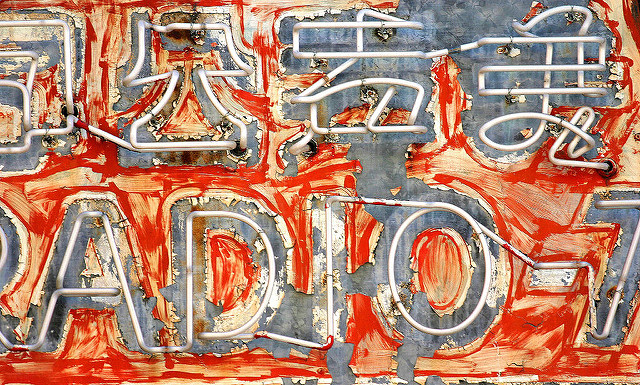 As we’re entering radio week in ds106, I started to think about my first venture into this project. I joined ds106 several years ago as an open online participant. Now I’m teaching it, so I guess the students has become the master. Anyway, in my situation, I didn’t know anyone in the course, and I was so far away that I was unlikely to ever meet anyone, and I had my day job so even trying to video conference was a problem. I had no ideas either. We didn’t use themes back then, so it was anything goes. It’s still like that, but a theme at least give a bit of focus, or a starting point.

A couple people on Twitter said they could use some help on their project, so I offered a hand. They had some tentative ideas, so I gave my thoughts on one of them. It took their idea in an entirely different direction, probably because I didn’t really understand what they wanted to do with it. But they liked where it was going, so I put together a Google Doc where we could share ideas, and shared a Dropbox folder so we could share recorded content.

Our idea was to do a kind of investigative news show. I played the role of a remote reporter, and recorded a series of field reports on my own, and may have suggested some bits of miscellaneous audio. The other guys did the opening and closing, and a couple of in-depth interviews with the assistance of a couple volunteer interview subjects. We ended up with a lot of material to work with. I suggested aggressively editing the interviews, and intercutting them so that they would play off each other. That would have been a lot of time-consuming work though, so they decided to use the interviews whole, back-to-back, and splice my bits and the commercials and bumpers in between and among them. There are pros and cons to each approach. We compromised and the show got done.

So there are a few lessons that came out of this. One is that you can do a project like this without ever meeting, or even having synchronous conversation. Two is that it’s all in the planning. We let some people ad-lib, and even they they gave us great stuff to work with, we then had to go back and decide what to do with it, when the deadline was quickly approaching. Three is that some great ideas come out of the give-and-take of collaboration. None of us would have come up with what we did on our own. Compromise would be a fourth lesson. If you’re going to truly work together, you have to do it.

This entry was posted in Uncategorized and tagged ds106, ds106radio. Bookmark the permalink.