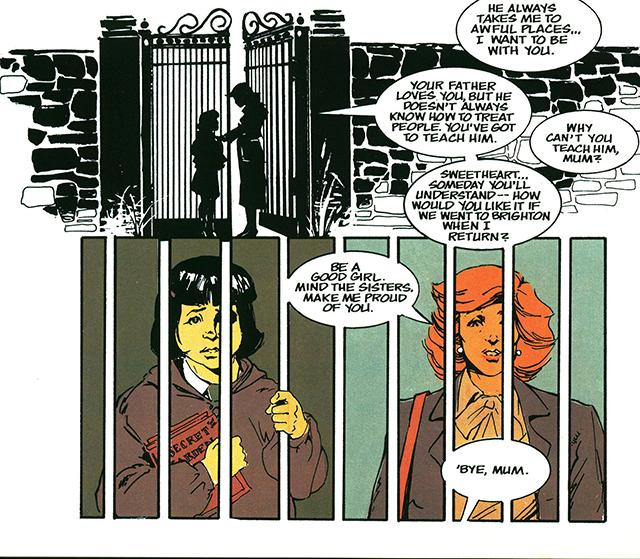 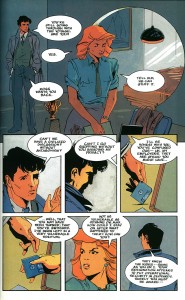 I found my copy of The Prisoner: Shattered Visage graphic novel and read through the first chapter. It was originally published as four comics in 1988-89, about twenty years after the TV show aired, and the story takes place in the same time differential. We know the time frame is twenty years later because of a plot point about Number Two being released from prison after a two decade sentence. We see a character who works for the same agency that Number 6 quit. The visual clues that make that connection for us are kind of anachronistic – the same car, which seemed out of place even in the 60s, and the hall of records, which was probably futuristic in its day, but here looks quaint. What I find more interesting is the architecture in the lead character’s apartment. The round interior doorway and the exit door both come straight from Number 6’s place in The Village. Is this just borrowing some visuals to connect the story to the show, or is there a deeper meaning? We also see a type of venetian blind effect, like we saw in Noir106, which suggests prison in a different way. By the end of the chapter, the protagonist has crashed her sailboat on the shore of The Village, so perhaps these visual clues were foreshadowing. 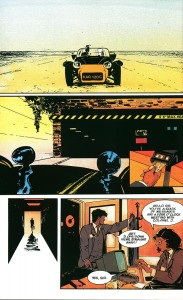 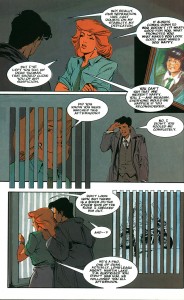 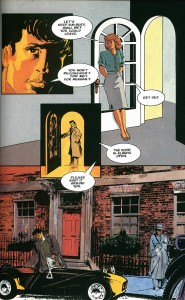 Given the visual nature of the story, I’m interested to hear how this was adapted for audio. I have scheduled the four podcast episodes to run this coming week at the beginning of the Noir106 time slot on ds106radio for anyone who cares to listen in

This entry was posted in Uncategorized and tagged ds106, prisoner106. Bookmark the permalink.