The mark of Cain

Inspired by Jim’s post from the other week, I picked up the EC Archives Crime SuspenStories Vol. 1. This volume contains the first six issues of the series, four of which feature stories indebted to James M. Cain. Road to Perdition author Max Allen Collins provides the forward to the volume as well as endnotes to each issue. He talks about interviewing EC author/artist Johnny Craig:

“Not being a truly literary person,” he told me in 1983, “I am not sure I ever heard of James M. Cain, though I surely must have.”

The influences for these stories were B movies and radio dramas, like what we’ve been watching and listening to in Noir106, more than their pulp predecessors. Some scenes come directly from Cain’s tales, others re-situate his model of the femme fatale. Here are a few snapshots: 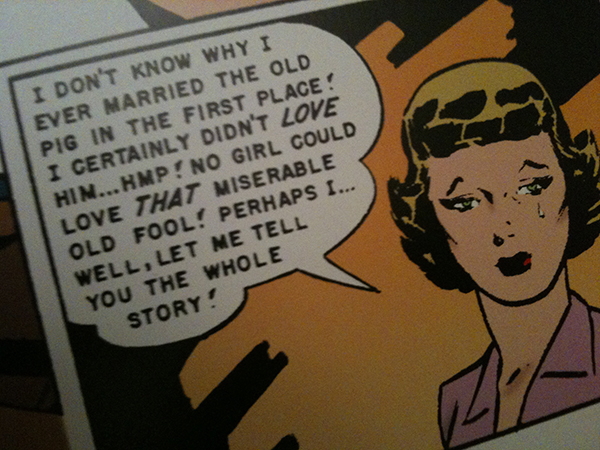 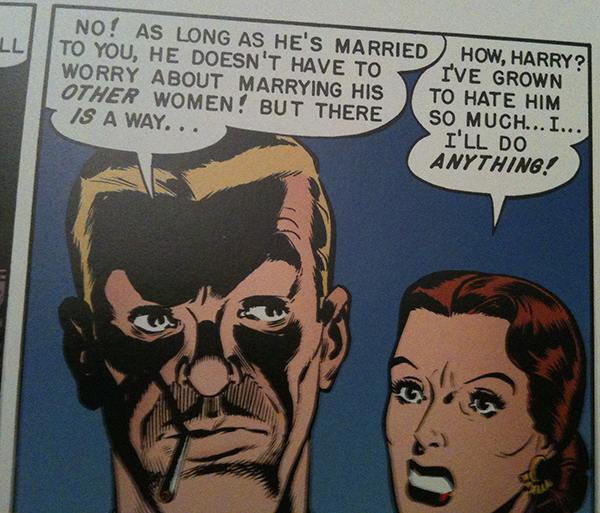 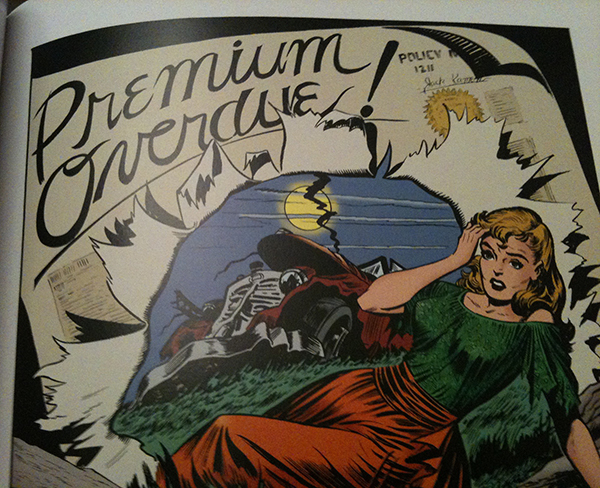 The opening panel gives nods to both Postman and Double Indemnity. 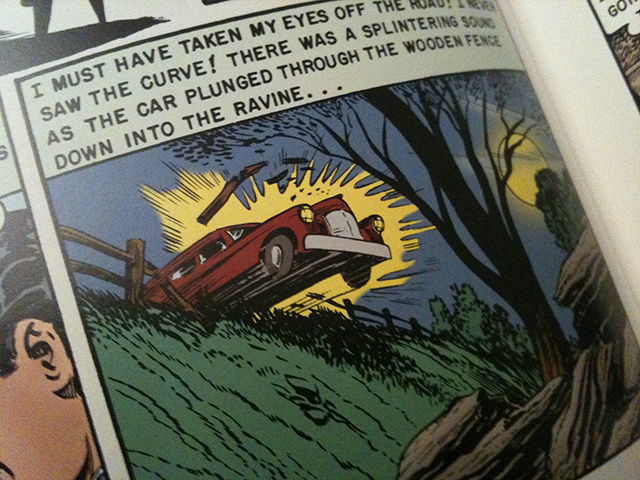 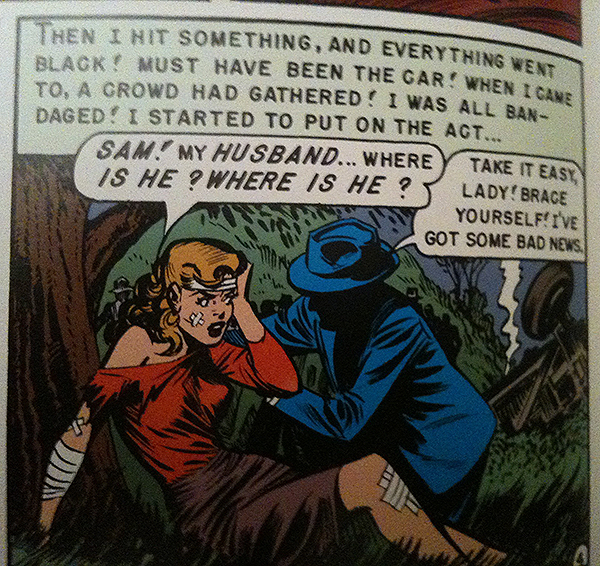 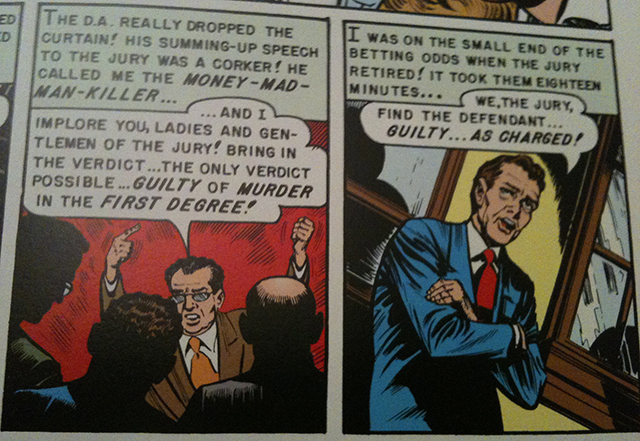 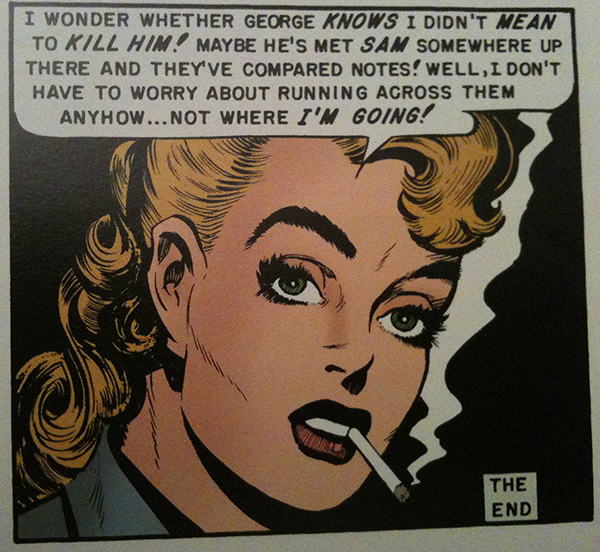 The gender is switched, but otherwise derived from Postman 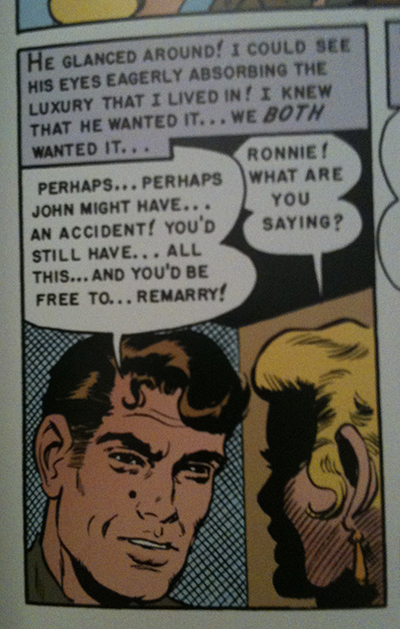 Another lust-murder in the plotting…

Both Jim and I had been thinking about a EC-themed ds106. It fits in with both Noir106 and the ds106Zone, but it also connected to Hardboiled and even True Crime, although that’s a stretch.

1 Response to The mark of Cain