For our final live tweet-along, we had a double feature of The Killers and Moon Grafitti. Some of the participants had read Hemingway’s story, and were caught off guard by how much Siodmak’s version differs. The filmed versions just use Hemingway as a jumping off point.

An interesting thing I found out from reading Jonathan Lethem’s article on the film is that John Huston was involved in the writing. He also wrote and directed The Maltese Falcon, and appeared in Chinatown as the villain Noah Cross. Quite the noir pedigree there. 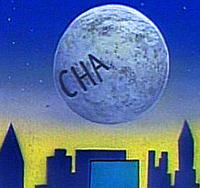 We followed The Killers with a modern day podcast, Moon Grafitti. I doubt this was ever intended to be considered noir – it actually won a science fiction award – but it is an outstanding piece of audio storytelling so we included it in the first week’s recommended “readings.” I think it does dovetail well with noir, and The Killers particularly.

We can all thank ds106 consigliere Dr. Garcia for bringing the podcast to our attention.

Before, after and in between the shows we had some of the noir106 bumpers that the class produced. If anyone would like to get their bumpers on ds106radio, they need to be downloadable. Soundcloud doesn’t do that by default. You need to click the Edit button, then click the Permissions link, and then check the Enable Downloads button. And then let me know that it’s done so I can upload it to the station.

Participating in the final tweet-along was, I believe, our largest group yet:

This entry was posted in Uncategorized and tagged ds106, ds106radio, noir106. Bookmark the permalink.