A quick take on Killer’s 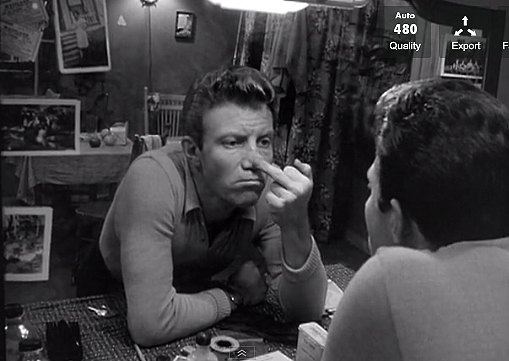 I managed to get through about the first twenty minutes of Killer’s Kiss during my lunch break this afternoon. This shot jumped out at me right off the bat. Is he trying to tell himself something? Subtle, Stanley. 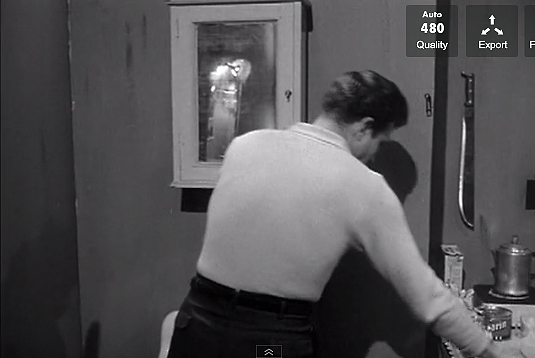 I like that he keeps a machete on the wall. Never know when one might come in handy. Looks like he does a good job of keeping it sharp too. 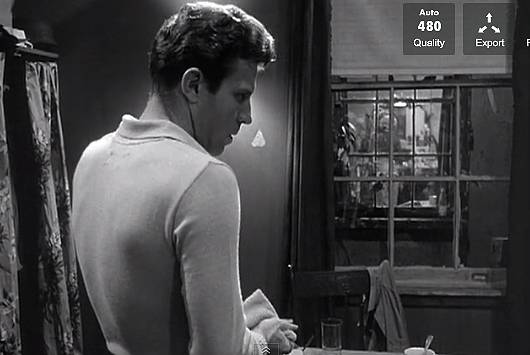 There’s great framing throughout the film. Here we see our other lead character, caged up across the way. 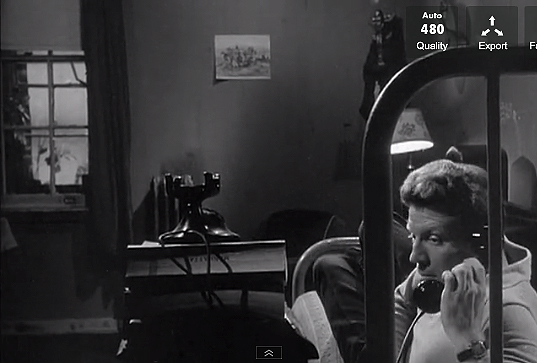 The lead is caged too, it seems. In the shot just before this, we see the head of the bed up against the wall. So it’s like we’re a fly on the wall, watching this go down. 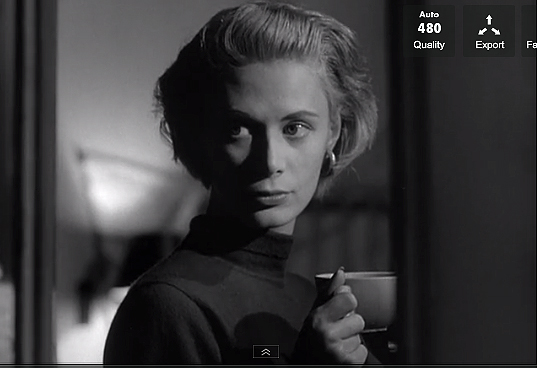 I love the way this is lit. Her face half in shadow, shrouded in mystery. There’s a richness to the gray tones in this movie that I don’t see in a lot of black and white films.

It was a bit of a pain to capture these stills. I took them straight from the web site using a Mac utility called Grab. In order to catch the spots I wanted, I had to go back and then pause just at the right moment. MPEG Streamclip makes things much easier, because you can go through frame by frame and export stills right from the program. But I was on a different laptop, so I had to make do.

This entry was posted in Uncategorized and tagged ds106, killers kiss, noir106. Bookmark the permalink.

1 Response to A quick take on Killer’s