I like the examples of noir that people are coming up with. Some of it is what I expected, and some are off the wall (which I also expected). Paul Schrader, in his Notes on Film Noir, describes noir as a style more than a genre. So I thought I’d look at a kung fu comic through the stylistic lens that Schrader provides.

Cat is the first part of a story from the mid-seventies comic book The Hands of Shang-Chi: Master of Kung Fu. The storytelling technique used by the writer and artist is very cinematic in any case. Kung fu and film noir don’t typically intersect as far as I know, but we can see it happening here. 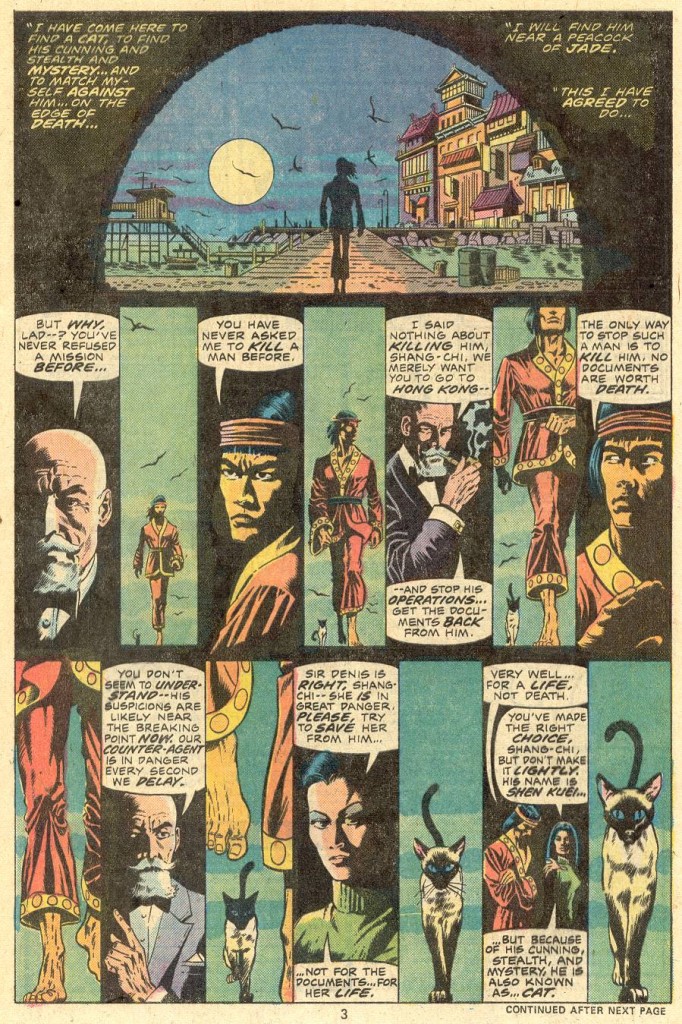 Schrader wrote of the chiaroscuro lighting often seen in noir, also in evidence here. The entire page is intercut with flashback panels – a noir-ish approach to chronology. Schrader says, “Compositional tension is preferred to physical action” in film noir. Kung fu stories are usually all about the action, but this particular page is all about the composition. Thematically, the page touches on a moral compromise, which relates to the corruption often found in noir. 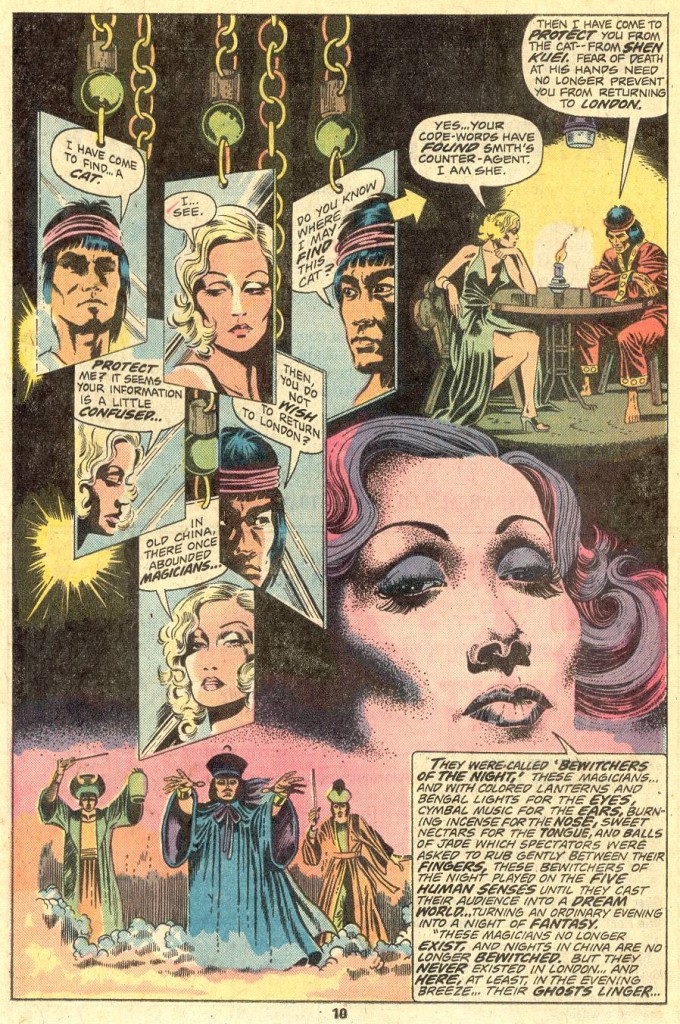 Schrader also talks of oblique lines and odd shapes used to evoke instability and restlessness. That’s represented on this page in the reflected conversation. It’s a quiet scene, but there is a bit of tension underneath. As an aside, I’m bothered by the yellow arrow used to show the continuity of the conversation. I can see why the page would otherwise be more confusing, but it’s intrusive and not really necessary. The reader could figure out the flow, even if it would take a second read-through. 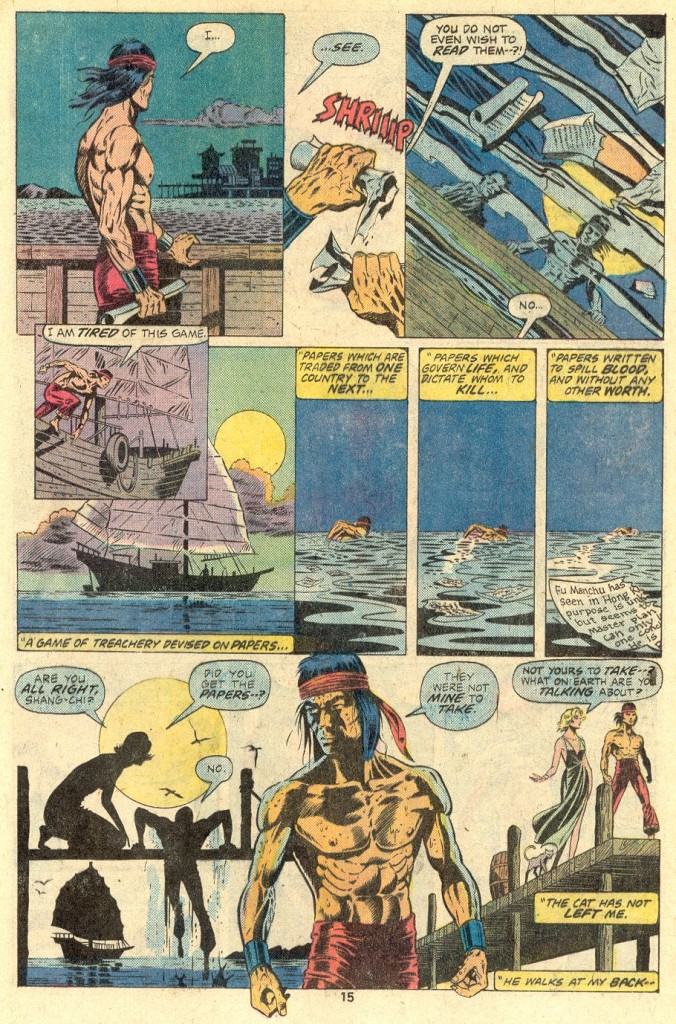 The story continues in Fight Without Pity, which is heavier on the action but still displays noir techniques like flashback and voice-over.

If we look at it using the TV Tropes view of noir, we see even more connections in the staging, the landscape and the characters.

I actually found this stuff when I was looking for The Shadow. I may have to go back for more groovy diversions.

This entry was posted in Uncategorized and tagged comics, ds106, noir106. Bookmark the permalink.