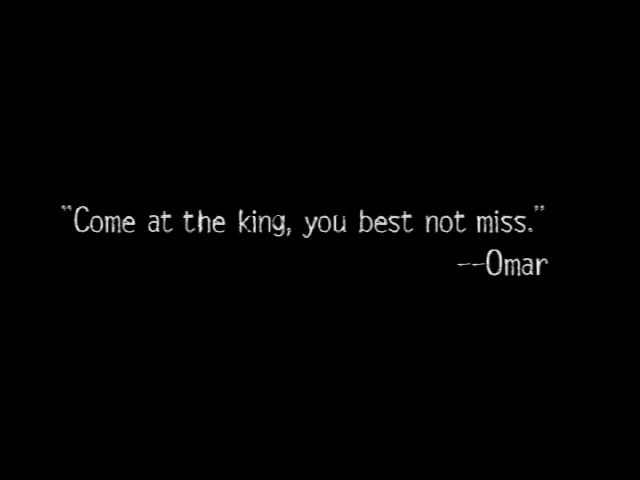 This episode features Omar’s haunting whistle again. I like the effect better this time – the slight echo, the dark, empty street – and the episode’s epigraph is delivered at the end

Daniels explains to his wife the problem inherent in following the money. “What everybody knows but nobody says” Freamon repeats this at another point in the series.

We saw String sitting in his Economics class. Here he shares the lesson of product elasticity with the workers in his print shop. It’s kind of a comical moment, but there’s a message there too – String wants to leave the street behind. We’ll see more about this in later seasons.

The sartorial splendor of Bunk 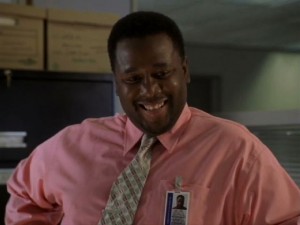 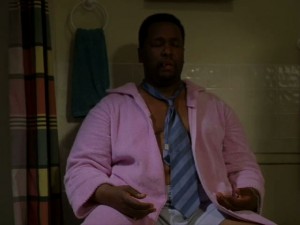 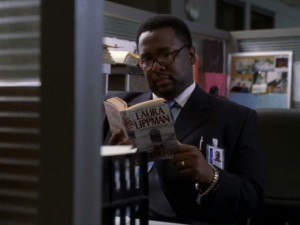 Here is a transition shot of Bunk reading a novel by Laura Lippman just before the dialogue starts. I thought there might be some significance to it, so I looked it up. She’s a Baltimore author of detective fiction and former writer for the Baltimore Sun newspaper. Her novels are set in the city, just like the series. She’s also married to former Sun reporter David Simon. That name sounds familiar.

Frame within a frame 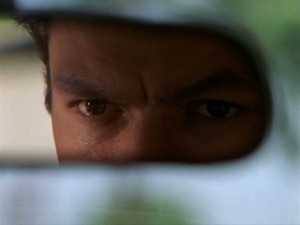 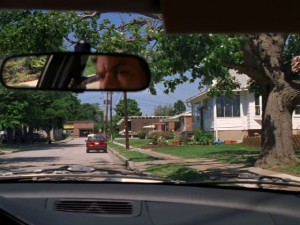 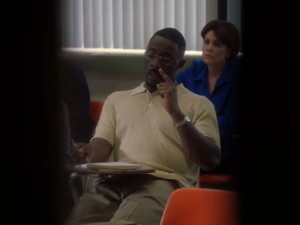 We see many of these “frame within a frame” compositions throughout the series. Here are two of McNulty on surveillance detail – we see him in the mirror, then again framed in the mirror as we look out on the street framed by the car window. Another example is the shot of Stringer framed by the window on the classroom door. 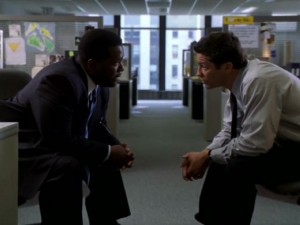 Here is another example of a symmetrical composition. The two sides mirror each other in a general sense, both in the office layout and the character poses, but details make the difference that keeps the composition from being overpowering. 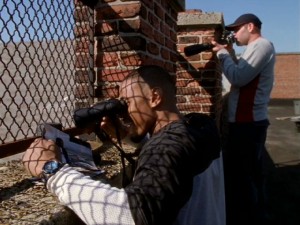 This shot is an example of line and visual texture. The wire in the fencing makes a linear texture that projects onto Sydnor. Line and texture are design elements, like color and composition, worth paying attention to.

2 Responses to Notes on episode 8