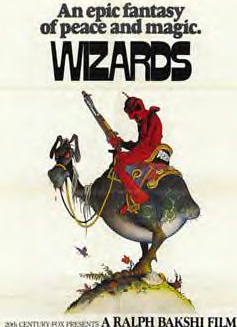 I saw this movie when I was a kid. I don’t remember anything about it, so it may not even be relevant, but the title fits. So there.

There were a few passages from Where the Wizards Stay Up Late that stuck out to me. One was this part about an early online game.

Adventure demonstrated the appeal of an open networking culture. And the emphasis on openness grew with time. There were few closed doors on the network, and a free spirit prevailed in people’s attitudes about who could come and go through them, and for what purposes. Anyone trying to restrict the graduate student population from freely using the network would have grossly misunderstood the mind-set of the computer science community. The ARPANET was official federal government property, but network mail was being used for all manner of communication. (p. 208)

It was the openness that allowed the Internet to happen. It’s part of what makes it work, in more ways than one. I think that’s something to be kept in mind, because openness has it’s enemies. It’s easier to profit from a toll booth than an open road, and it’s easier to do devious things under the cover of darkness than out in the light.

In 1972 public outcry erupted over the Army’s information gathering, and the order went out for the files to be destroyed immediately. But three years later, allegations surfaced that Army intelligence officers had instead used the ARPANET to move the files to a new location. When the story broke, the fact that something like ARPANET existed was news to most Americans. That the story was reported in the most draconian, cloak-and-dagger terms only added to the stormy reaction. The result was a Senate investigation in which DARPA was called upon to explain how it was using the ARPANET. (p. 231)

History repeats itself. Except this time around we don’t have a Watergate to make the government sensitive to people’s suspicions. Back then there were concerns about unrest and protestors so the government engaged in a domestic spying program. Except back then that was illegal. Somewhere along the line we changed our minds about that.

Standards should be discovered, not decreed. (p 254).

We talked about “command and control” vs “processing techniques” earlier as a semantic shift that represented a change in ethos. The powers that be had pushed OSI as a standard, but the people who had to make the internet work used TCP/IP instead. Today’s powers that be are a lot more powerful than those of the 70s though. It makes me think of the current debate about net neutrality. One side sees net neutrality as part of how the web works and part of what’s made it so successful, while the other side sees it as an attempt by the government to expand its control and regulatory power.

This entry was posted in Uncategorized and tagged tic104, Where the Wizards Stay Up Late. Bookmark the permalink.