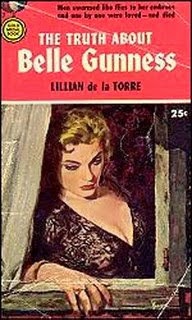 There was some discussion of the pros and cons, but it was a bit one-sided: the pros seemed to have the edge. As a coincidence, I had just seen this Metafilter post a couple days earlier, which discusses the creep factor. It’s about an OKCupid user who keeps a Tumblr of messages she gets from weirdos (Do I need to warn about the potential content?). I’m not sure how big the creep factor is – at one point she says, “The majority of the messages I get ARE decent. The scum bag idiots are a small percentage” but elsewhere in an interview she said, “Seventy percent of the messages are straight-up blunt, vulgar shit.” Someone did mention the Craigslist Killer, but truecrimers might recognize that murder-by-personals isn’t exactly a new thing.

I think it makes sense that that online dating has been around as long as the web. Tim Berners-Lee once said, in a different context, that the web was always about connecting people to people. And dating is one way people connect.

This entry was posted in Uncategorized and tagged onlinedating, tic104. Bookmark the permalink.