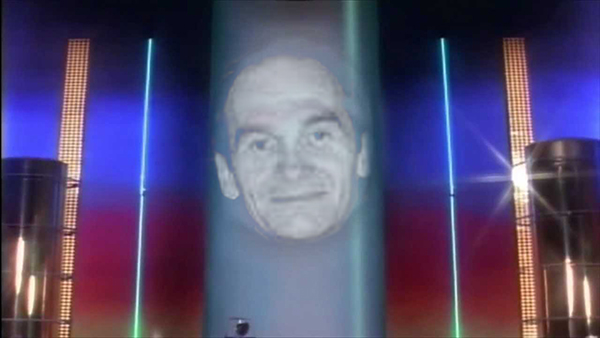 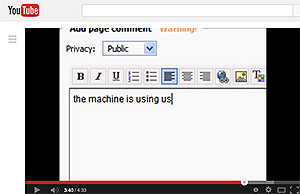 The Internet Course had a great discussion this evening. The theme for the week is creation/consumption, and the topics discussed ranged from internet access speeds to video games. One thing that came up was how when we use Google products, Google is tracking what we do and using our data, selling it off to marketers and using it to decide what to show us. I thought that tied in well with Wesch’s video – the machine is us/is using us.

An interesting question that came up was: Is video gaming creation or consumption? On one hand, it seems like consumption – you’re using a product. But on the other hand, there’s a level of interactivity that let’s you create new experiences, and in the case of Minecraft, new virtual worlds. Several years ago I stumbled upon Red vs Blue, where some people used a video game to act out scripts they had written – one of those neat little ideas that you’d expect to immediately get slapped down on copyright/trademark grounds, but instead was actively encouraged by the game maker.

And that leads to another thought I had. We’ve broken down our course subject, the internet, into these separate topics like history, how it works, and creation/consumption, but there are all these overlaps between them. Tonight’s discussion really touched on all three that we’ve covered so far, and also upcoming topics like where it’s going and intellectual property issues. We talked some about growth trends. Mary Meeker has been doing research on internet trends for several years. Here’s the 2013 report. It has a business/marketing flavor to it, since it was done for a venture capital firm, but it does have a wealth of data on all kinds of internet trends. 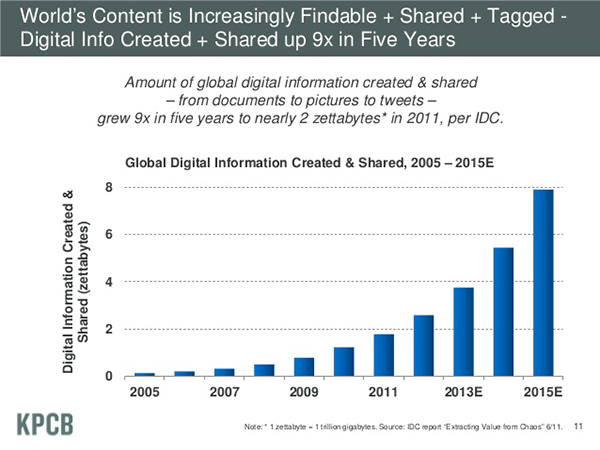 This entry was posted in Uncategorized and tagged creation/consumption, tic104. Bookmark the permalink.