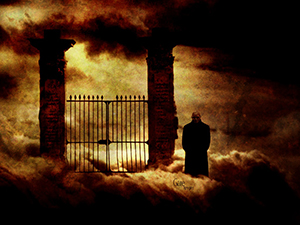 It used to be a lot more controlled though. There were gatekeepers – editors and publishers and station managers – who decided what would get out to the public. People with the time, talent and commitment could go indie, producing their own writings and images and whatever, but they were hard pressed to find distribution channels. The Internet changed all that.

Those gatekeepers never would have put lolcats and homemade skateboard videos out there – too insubstantial, too low quality – never realizing the size and appetite of the audience for those things. But the web lets everyone share whatever they want, and enables others to build on that. If we look at Alexa’s top sites, we find numbers 2 and 3, Facebook and Youtube, are full of user-created content of some sort or another, and number 6, Wikipedia, pretty much entirely built by users. In so many ways, we create the web, as Michael Wesch’s video below points out.

On the other hand, some people point out that there’s an extreme power rule going on in creation vs. consumption. Wikipedia refers to it as the 1% rule, and points to some research indicating that 1% of users make stuff and the other 99% just lurk. There’s a Guardian article that breaks it down a little further: 1% create content, 10% interact with content, and the other 89% only consume content. There’s a temporal dimension to it as well. Some people have a burst of creativity and then go back to lurking. Some people put things out there on a regular basis. I’m not sure how that 1% rule accounts for that. 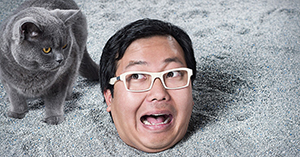 Ben Huh, the mastermind behind Cheezburger suggests that we should consider what exactly is creation. He divide it into a “Creation Triptych:”

The third one is interesting. It seems to imply that sharing links and reblogging Tumblrs is a form of creation. Perhaps it is, in that it’s creating collections and juxtapositions, which may let us see things in a different way.

This entry was posted in Uncategorized and tagged creation/consumption, tic104. Bookmark the permalink.

1 Response to The Internet: creation/consumption