So I encountered this tweet this morning from John Johnston via David Kernohan which points to this Tumblr from the ds106 shrink. “106 bullets” naturally made me think of 100 Bullets, the last comic book I paid attention to. So I had to find a way to bring them together. 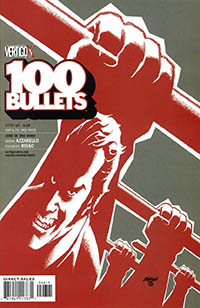 I picked this cover, mainly because it looked easy to work with. The first thing I had to do was change the logo to 106. I wanted to find a matching font so I could pretty much just stick a 6 on top, but I didn’t have anything that looked quite right. What The Font was no help. So I used Adobe Illustrator to distort some Arial Black until it looked almost close enough. That was a lot more work than it needed to be because my Illustrator skills are weak. The next thing to do was to swap out that guy with the demonic grin. 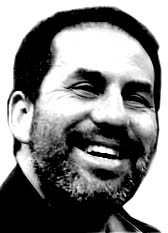 Since the web is crawling with Groom art, I decided to put in a smiling Cogdog. I did a Google image search for a suitable image, made it grayscale and played with the levels to boost the contrast. I did this thinking I could use one of the photoshop layer blending modes to mimic the look of the original. And here’s what I came up with. 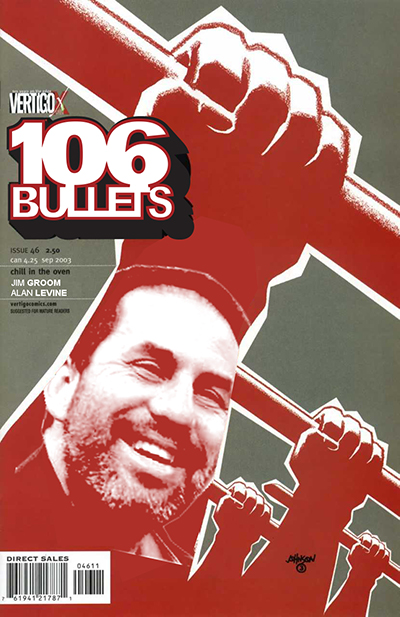 No point to it really. Just making my own Saturday morning cartoon.

This entry was posted in Uncategorized and tagged 100Bullets, ds106. Bookmark the permalink.