“The story you’re about to see is true” 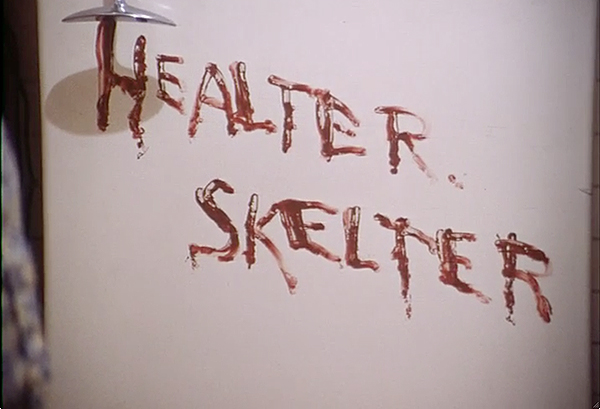 You are about to see a dramatization of actual facts, in which some of the names have been changed. But the story is true 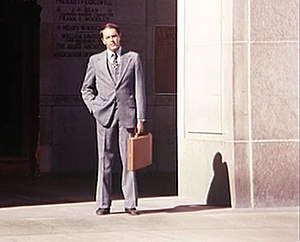 That’s the way the Helter Skelter movie starts, with actor George DiCenzo portraying prosecutor Vincent Bugliosi in his author role. We’ve seen that kind of statement over and over again, from the colonial narratives to Capote’s book, attesting to the veracity of the tale. In this case, it’s probably necessary since the story is almost too crazy to believe.

Bugliosi’s part in the story is an interesting contrast to Capote. Capote was in Kansas, living among the townsfolk as he was researching the book, in the cell with Dick and Perry, yet he never showed himself in the novel. There was one point, where a quote is said to have been given to “a journalst” (216), that might have referred to the author, but otherwise he’s invisible. Bugliosi is omnipresent in Helter Skelter. It’s his tale, not Manson’s.

And as a coincidence, Capote calls the truth of Helter Skelter into question. In his jailhouse interview with Robert Beausoleil and alternate, and far more plausible, motive for the murders comes up. The media, we’re told, was only interested in the crazy story. Was that simply because more shocking = more headlines = more sales? Or did it play upon concerns arising from the various social and political upheavals of the sixties? The Civil Right movement, the Vietnam War, those crazy kids with their rock and roll… 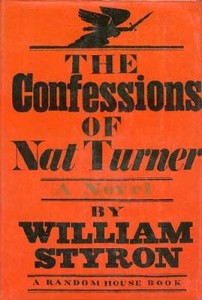 An interesting thing about that Helter Skelter race war hypothesis is that we heard something like that earlier, from Nat Turner. I found the parallels really fascinating when I read his Confessions: a charismatic leader, from/of a downtrodden underclass, considered to be a prophet or divinely inspired, visions of a race war, culminating in a killing spree. In 1967 William Styron’s novelization of Nat Turner was published, garnering a great deal of both controversy and critical acclaim. So Turner’s story would have been in the public consciousness at Manson’s time. As far as I can tell, no one suggests a connection between Manson and Styron’s book, but I can see how the idea of race war would resonate with the public, between the upheaval and the riots and the assassination.