We’re planning on covering our final Bava film, Rabid Dogs, tomorrow on Friday the 13th. And as it falls on the 13th year, it’s double bad luck. Maybe it would have been more appropriate to do Twitch of the Death Nerve on Friday the 13th, but we’re getting to them when we can.

Of course, Rabid Dogs is a tale of bad luck on many levels. Pretty much every character in the film was unlucky to be in the wrong place at the wrong time. Bava had bad luck of his own with the film. One of the producers died during the late stages of production, and all the film was impounded by the courts. Bava did not see it released in his lifetime. A few people tried and failed to get the film out before lead actress Lea Lander finally succeeded in 1998. 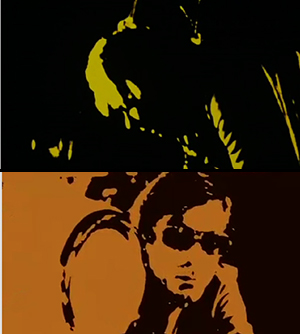 According to Lucas’ commentary, Lander made some decisions about what music went where, as Cipriani’s soundtrack had been recorded but not queued up to the film. Lander also titled the film Semaforo Rosso (Italian for Red Light), in reference to an early pivotal scene. The film is available in a few versions. The one titled Kidnapped has a few scenes that Bava didn’t get to film, which tie in to the ending. The Rabid Dogs version was Bava’s work in progress, without additional footage. I’m not sure if he did the opening credits. It looks more like someone else did it in a Bava style, reminiscent of the trailer for Carnage (Twitch of the Death Nerve, et al.) . I found a Youtube version called Cani arrabbiati (Italian for Rabid Dogs) with a different credit sequence that tries to make up for the scenes that Bava didn’t get done.

The most striking thing to me about this film is how little it looks like a Bava film. It is such a departure from his visual style. He had been building to it, bringing more and more realism into his lighting and camerawork, but it’s still a big jump. The only thing he really brings from his earlier work is some of the comic book inspired framing in some action sequences, like in Diabolik, although more understated. Lucas says that the real location/real time/real lighting let us know how Bava really felt about the real world – it’s a dark, violent place, and just when you think it’s going to be all right, it’s actually worse than you could have imagined.

In the commentary on the DVD, Lucas has a more positive  quote: “[A]s this story demonstrates, sometimes we’re hijacked by life’s little jobs, when what we’re really after is the big jobs, the ones that really mean something to us. Which is surely something that Mario Bava understood well. He also knew how to make the little jobs count, how to make them mean something.” Of course, this quote is nestled in between the two big revelations at the end. 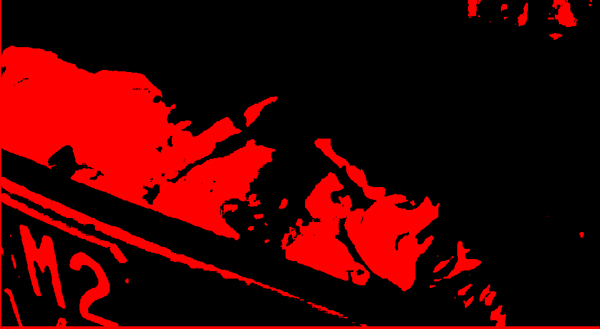 This entry was posted in Uncategorized and tagged mariobava, rabid dogs. Bookmark the permalink.

1 Response to Friday the 13th