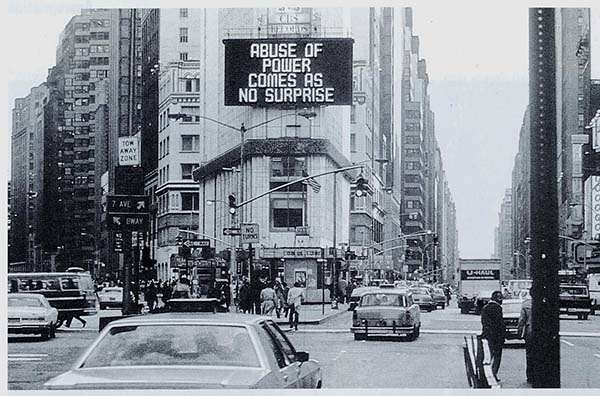 There are famous sayings like “Power corrupts; absolute power corrupts absolutely” and expressions like  “power mad” and “drunk with power.” And there’s my favorite, from Jenny Holzer: “Abuse of power comes as no surprise.” The meaning is that we should put limits on power and constantly keep the powerful in check. Don’t let them get too big to fail and all that. I tend to believe these things intuitively. 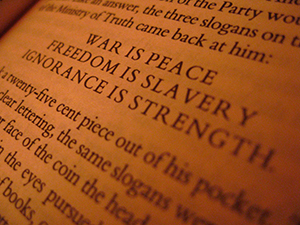 And then there’s that saying “Knowledge is power.” Given my profession, I certainly believe that. But it would seem to be at odds with the other statements about power. That never occurred to me until I read that part in Foucault about knowledge/power relationships (p. 27). Does knowledge corrupt? The story of Adam and Eve and the fruit of the Tree of Knowledge, which we touched upon in class, might imply that. Things like deception, disinformation and propaganda could be called abuses of knowledge as much as abuses of power. Orwell’s 1984 may have been the ultimate dark view of that knowledge/power relationship.

This entry was posted in Uncategorized and tagged foucault, true crime. Bookmark the permalink.

2 Responses to Power and knowledge