Hercules in the Center of the Earth 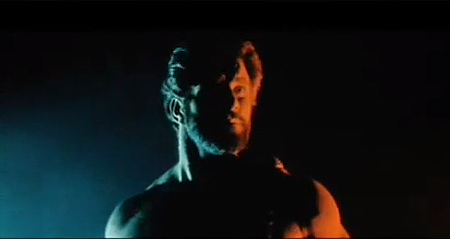 The first couple times I tried to watch Hercules in the Haunted World on Netflix I fell asleep. And while the fact that I was laying down on the couch may have had something to do with it, I think the quality of the print had a hand in it as well. There’s a version on Youtube that’s much more vibrant.

The color makes this movie. According to Lucas’s book, the film was shot using an experimental film format, Totalscope Super/ 100 and had it printed using a Technicolor process to give the colors that super-saturated look. 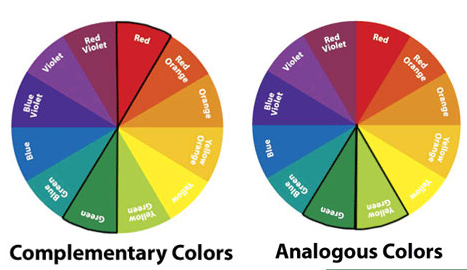 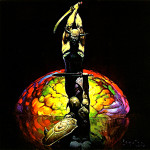 One of the things that jumps out at me about the color is the complementary color scheme that dominates so many of the shots. The psychological effect of the strong light/dark contrast coupled with the intense color hue contrast is active and exciting, even when there’s not a whole lot of action on the screen. It reminds me of Frazetta’s paintings.

Bava uses color gels on the lights to give the studio shots that otherworldly feel that reminds me of a big rock show. The outdoor shots seems washed out in comparison. But just like in Black Sunday, he proves himself to be the maestro of visual atmosphere. And in both movies, there are no real surprises in the narrative. They’re both folklore-like tales, so it’s not the plot that keeps us involved, but the way he tells the stories through images.

Once again we see tangled vines in the foreground

Speaking of Black Sunday, there are some thematic similarities. The idea of visual deception, not trusting what you see, is featured in both films. Likewise is the theme of death and rebirth (Herc & crew go into the land of the dead and come out alive, all the zombie creatures pushing out of the ground) and the vampiric idea of the blood of a maiden bringing life to the evil one. Like Black Sunday, this was sometimes advertised as a vampire film (Vampire gegen Herakles in Germany, Hercule contre les vampires in France), but the only vampire connection is in Christopher Lee’s resume.

Another Bava movie, another girl rising from the crypt.

See how many times you can spot the door and those columns in the film.

Even though the colors are rich, the movie was shot on the cheap. Bava challenged himself:

For this film, I had to make a little bet with myself, that I could shoot an entire picture using only one segmented wall composed of doors and windows, and four columns.

A lot of the props and settings were recycled from other sword and sandal (also called peplum) films. Reg Park (Herc) and Christopher Lee were both overdubbed by the same person at ELDA (English Language Dubbers’ Association). Either the writers or the translators or both were playing pretty fast and loose with Greek and Roman mythology. Persephone is called the daughter of Pluto, whereas in real life she was the pseudo-wife (consort) of Hades. Troy Howarth, writing in The Haunted World of Mario Bava, suggests something about Bava deconstructing myths, but I suspect it’s more likely that the writers didn’t know or care about being mythologically correct. And that’s OK. It’s all about the atmosphere.

This entry was posted in Uncategorized and tagged HerculesInTheHauntedWorld, mariobava. Bookmark the permalink.