Who are you and how did you get in here?

Sometimes when I listen in on the hardboiled class, I hear people ask, “Who is that guy?” I probably should have done some sort of introductory post a long time ago, but I’m so used to shooting my mouth off online without explaining myself that it didn’t occur to me. 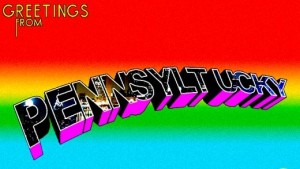 I’m a librarian in the hills of Pennsylvania. My interests, besides film noir, include creativity, instruction, and open education. So I naturally jumped into ds106 as soon as I heard about it. I started paying attention to the great things going on at UMW and heard Jim was going to do this course. I told him it sounded like a great course and he invited me to play along.

Until I moved to PA, I spent most of my life in western New York state, in a highly integrated urban area in decline, on the border of a ghetto. I’m sure the ghettos in my end of the state were nothing like Himes’ Harlem, but nevertheless Cotton Comes to Harlem and Devil in a Blue Dress hold a special place for me. The crazy things going on, the characters, all remind me of home. As a white boy in the ‘hood, my experience with race relations was a bit different, but it’s an issue that means something to me personally.

Himes deals not only with inter-racial relations, but also intra-racial tension. There’s a line in chapter twelve referring to the “light-bright-damn-near-white woman” who had been sleeping with Barry Waterfield. That description sounds more like something Himes is telling us than something Barry is thinking. Later on, in chapter 18, Iris shows up at Billie’s place in disguise. “My God, you look like the last of the Topsys. Whatever happened to you?” I wondered what to make of that weird little exclamation. I tried looking up topsy in Google Scholar, but got a lot of irrelevant hits. I added race as a keyword, and found that Topsy was a character from Uncle Tom’s Cabin, where she is described in chapter XX as “one of the blackest of her race”. According the Himes’ biography, the light-skin/dark-skin tension is a recurring theme, and existed between his own parents. Where that tension comes from and what to make of it, I’m not sure.

This entry was posted in Uncategorized and tagged hardboiled, himes. Bookmark the permalink.

4 Responses to Who are you and how did you get in here?