Firefly, can you see me? || Shine on, glowing, brief and brightly

I’m not sure where I’m going with any of this. Maybe nowhere. Maybe this is a relevant quote:

“To the seasoned traveler a destination is at best a rumor.” (p. 56)

Continuing my musings on McCarthy’s latest novel, I’m wondering what to make of the title, The Passenger. The word is referenced in a couple of passages early in the novel. Here, a pair of unidentified agents say a passenger was missing from the sunken aircraft that Western investigated. This makes for a mystery because there was no indication that anyone had entered or exited the plane, except for the fact that there were items and equipment missing. 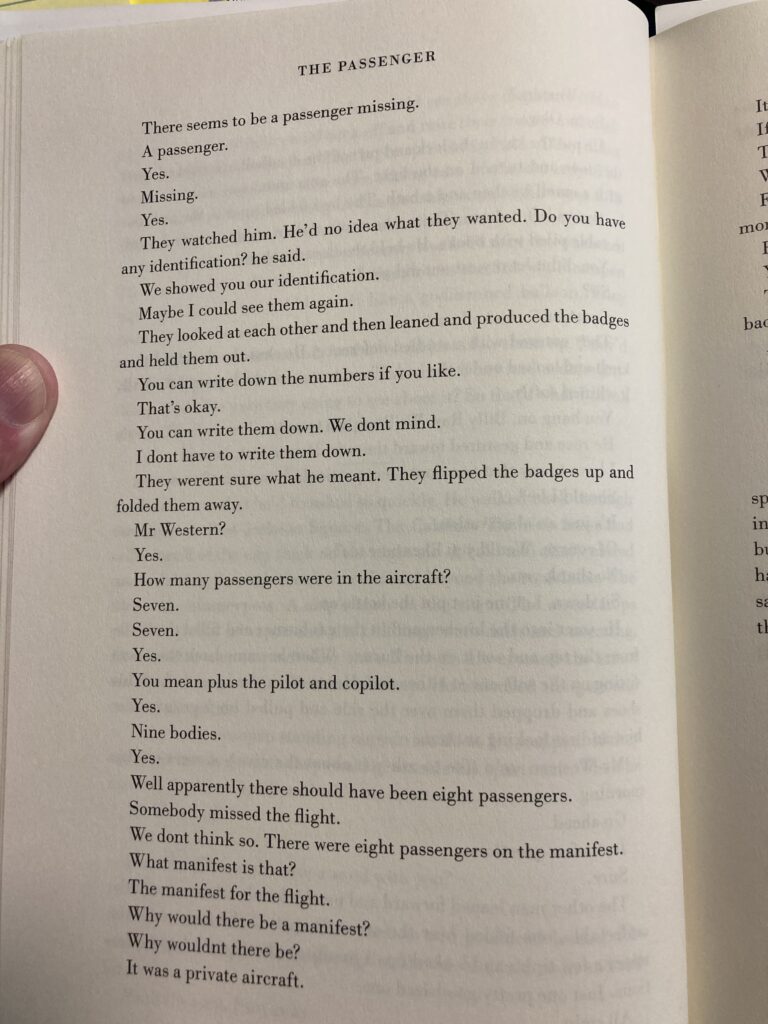 Here Alicia is conversing with the ringleader of her cohort of hallucinations, asking where they came from and how they got there. 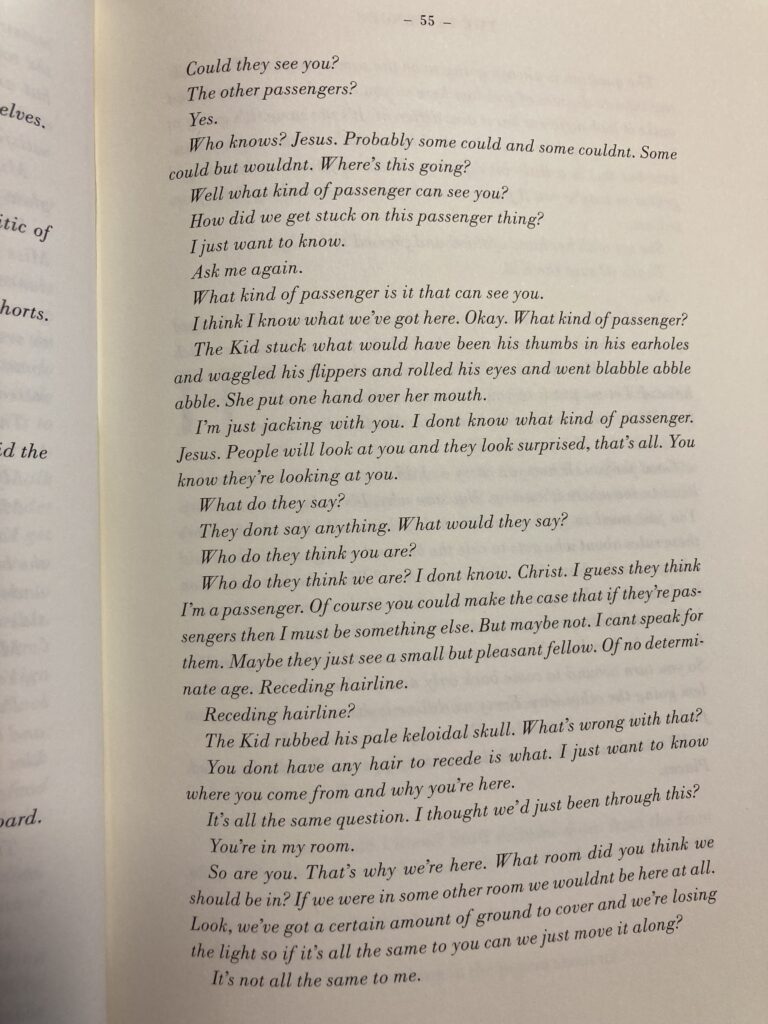 Somehow I doubt the intention here is to remind us of Monty Python, but there it is.

“I’m a passenger… I must be something else. But maybe not” says a figment of the imagination. Or a manifestation of the subconscious. In the Kekulé Problem McCarthy asks, “Why is the unconscious so loathe to speak to us? Why the images, metaphors, pictures? Why the dreams, for that matter.” and later answers, “The unconscious is just not used to giving verbal instructions and is not happy doing so.” Note the Kid’s exasperation with Alicia’s questions. Maybe this represents the tension between the subconscious and the rational, creativity and insight pushing to break through the rules and regulations.

The following page gives us this passage:

When you carry a child in your arms it will turn its head to see where it’s going. Not sure why. It’s going there anyway. You just need to grab your best hold, that’s all. You think there’s these rules about who gets to ride the bus and who gets to be here and who gets to be there. How did you get here? Well, she just rode in on her lunarcycle. I see you looking for tracks in the carpet but if we can be here at all we can leave tracks. Or not. The real issue is that every line is a broken line. You retrace your steps and nothing is familiar. So you turn around to come back only now you’ve got the same problem going the other way. Every worldline is discrete and the caesura for a void that is bottomless. Every step traverses death.
(p. 56)

Of course I had to look up caesura. The pause between lines of poetry, the space between words. But “worldline” is not a typo there. Words and worlds. I don’t know what to make of that, or the rest of the Kid’s constant wordplay, but it opens up worlds of contemplation. The passage stuck out to me because back in the real world, in the next chapter, Bobby is also looking for tracks:

He picked up a piece of parchmentcolored driftwood in the shape of a pale homunculus and held it up and turned it in his hand. Late in the day with the light failing he put ashore in a small cove and beached the boat and climbed out and turned and saw almost immediately the tracks in the sand. Just above the this dark rim of a wrack. They looked to have been partly filled in by the wind, but that wasn’t it. Something had been dragged over them. He walked out to the edge of the palmettos and here the tracks came back and went down the beach. Clean tracks. The rubber ribs of wetsuit bootees. He stood looking out over the gray water. He looked at the sun and studied the island. Would the wildlife include rattlesnakes? Eastern diamondbacks. Eight feet long. Atrocious or adamantine he couldnt remember. He picked up a piece of driftwood and broke it to length across his knee and followed the tracks into the woods. (p. 60)

McCarthy makes up compound words here and there, like parchmentcolored. I may need to ponder this. I also had to look up homunculus, although I’m still not sure how to understand it as a shape. The use of wrack has poetic depth as well. Atrocious or adamantine, what could we make of that? How many layers of meaning are lurking in here? Superficially, he appears to be looking for someone else who has been involved with the plane, whether that be the passenger or an interloper. Someone who has flippers, not unlike the Thalidomide Kid. Certainly that’s not who it is, but as Kekulé showed us, one thing can be something else. Trying to think through all this will probably break my brain like a piece of driftwood. 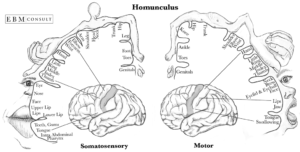 This entry was posted in Uncategorized and tagged book club, cormac mccarthy, the passenger. Bookmark the permalink.