I had fun playing with Michael Branson Smith’s latest invention. I’m sure there are serious ways to use it, but I’ll leave that to serious people. I looked up Jason vs. Freddy instead: 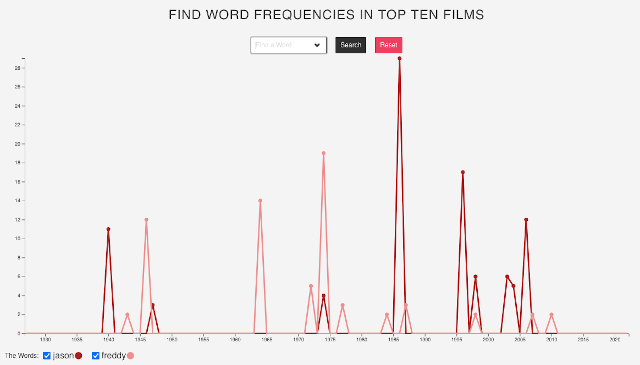 but none of those are the real Jason or Freddy. What if we looked at punk vs. disco? 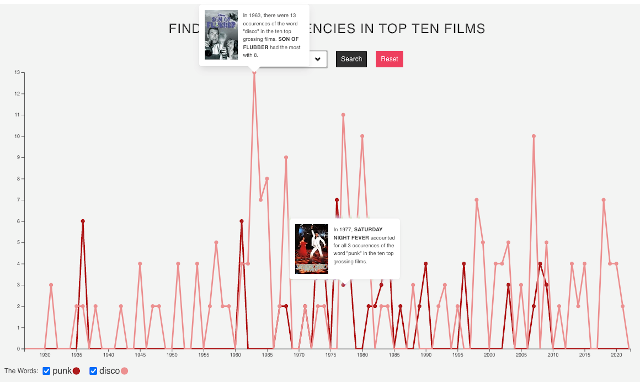 One of my day job projects has been getting some of the college archives digitized. We’ve discovered that this has some potential for teaching and learning, in that we can search the full text of the collection to see what the publications had to say about important issues of the day. With that in mind, I thought I’d look up some major presidents over the years. 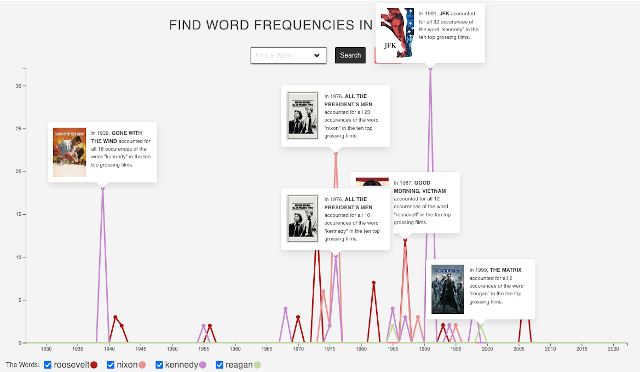 It’s no surprise that Kennedy peaks with JFK, although I didn’t expect Gone With The Wind. All The President’s Men scored a double with Kennedy and Nixon, as did Good Morning Vietnam with Roosevelt and Nixon. Reagan wasn’t exactly box-office gold though.

1 Response to Take that, Travolta