I thought I would give filming my painting process a try again. I was trying something different, as in working on a much smaller scale than usual. I was also working with absolutely no plan, which probably shows in the results. I heard about the artfully SQUARED exhibition, which invites people to contribute 7″x7″ artworks for a fundraiser. I usually work on a scale of three by four feet, and paint with a 4″ brush, so this would be something different. I put paint on paper and mumbled a bit about my thought process. I’m not particularly pleased with the picture or the video, but I may have learned a few things, such as too much water doesn’t help. Instead of letting the camera run, I started and stopped it to just capture the painting part, and not the brush cleaning part. Bob Ross says cleaning the brush is his favorite part, but for me it’s the vast majority of the work. The actual painting segments lasted 1-2 minutes mostly. I strung the clips together in iMovie. I probably should have turned off the dehumidifier, since it was maybe four feet away from the cameraphone and is audible throughout. The picture doesn’t really look like anything, but if I do a lot more of them I may develop a visual language. 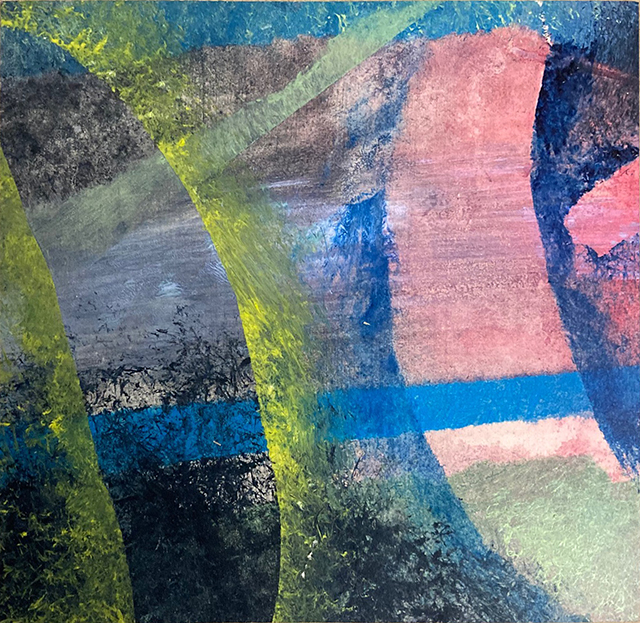 This entry was posted in Uncategorized and tagged ds106, painting. Bookmark the permalink.