A castle in the sky, one mile high
Built to shelter the rich and greedy
Rows of eyes, disguised as windows
Looking down on the poor and the needy
Miles of people, marching up the avenue
Doin’ what they gotta do, just to get by
I’m living in the land of plenty and many
But I’m damn sure poor and I don’t know why

New York New York, big city of dreams
And everything in New York ain’t always what it seems
You might get fooled if you come from out of town
But I’m down by law and I know my way around

Even though I’ve lived in New York State most of my life, I’ve only been to NYC once, so it’s a place I know through media rather than experience. Like the Grandmaster Flash song above. The latest book for the Bryan Alexander Book Club adds some new dimensions to the big city of dreams.

New York 2140 envisions a New York that has become a kind of new Venice since the ocean level has risen a hundred feet. NYC being NYC, people are still hanging on, and still coming, even though the tides are now coming up to the middle of Manhattan. It’s still a finance center though, and the wealth and power inequalities are even more extreme, such that the rich and powerful can simply turn away police and defy warrants. Or commit acts of vandalism and abduction. There are still big dreams too – of sunken treasure and overturning the social order. Optimism in the face of disaster.

The characters seem rather stock, but I don’t think that’s a problem. They’re more important for what they represent rather than who they are. It contributes to the lightness and humor of the novel as well.

The storyline has multiple threads. Chapters are named for characters, and show the story from their perspective. The threads come together as the characters intersect and intertwine. NYC is a character as well, represented by The Citizen, also called A Citizen or That Citizen or The City Smartass Again. The chapter names repeat as the story rotates through the various characters’ perspectives.

The audiobook is especially well done. There are nine voices, one for the epigraphs that introduce each chapter, and eight for the different chapter designations. Mutt and Jeff have some fun banter

The accent, cadence and delivery are, to me, an aural image of NYC. It reminds me of actor John Spencer crossed with Ray Liotta from Goodfellas, and may be my favorite part of the audiobook. I think this title serves as a good example of how a good vocal performance can add something to a book. There’s a level of humor brought out by the readers that I don’t really get when I read the text. So far, so good. 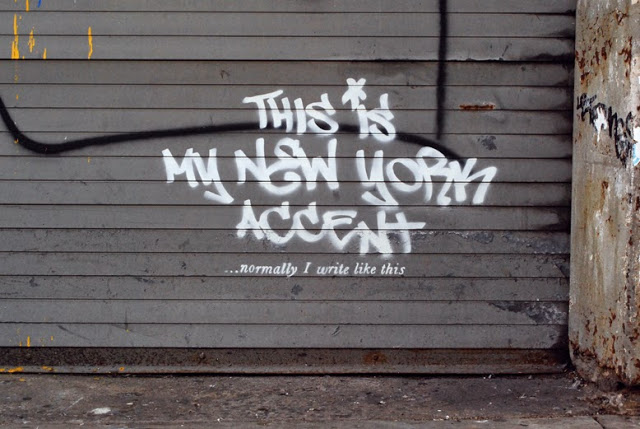 This entry was posted in Uncategorized and tagged book club, NY2140. Bookmark the permalink.