Nine albums that built me 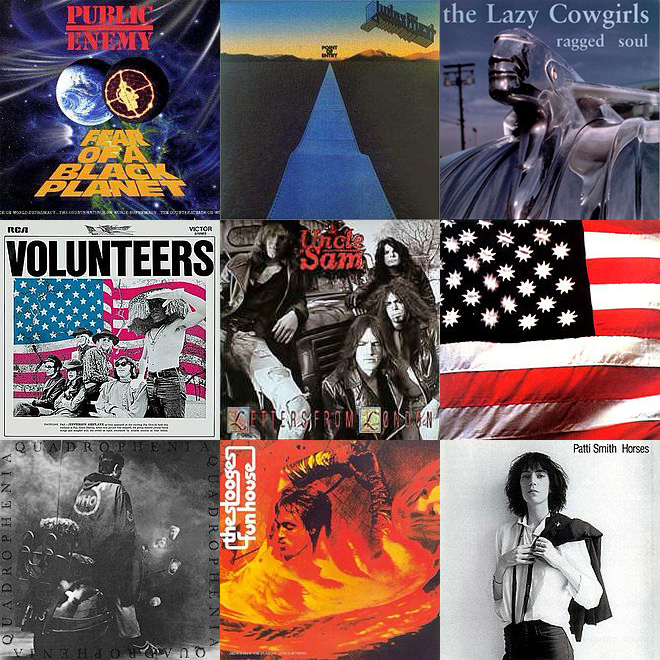 This was a Twitter challenge from Questlove: List the nine albums that “built” you.
It’s a challenging challenge, first because it’s hard to limit it to nine, and secondly because I have to decide how to interpret “built.” It’s not nine best or nine favorites really, more like nine albums that were formative in some way. I could come up with several more than nine. Let me think through my choices here.

Quadrophenia – We didn’t have classic rock radio in those days. There was Top 40 and there was Album-Oriented Rock, and neither played The Who until Who Are You came out. I got Quadrophenia from the public library, and borrowed it over and over again. The library played a major role in my musical education over the decades, because it was a risk-free way to explore.
Volunteers – Another library find, this got me into the whole sixties hippie thing. It was my favorite record at one or more points in time. I grew up with Beatles albums because my parents had them, but I found there was a lot more going on back then.
There’s A Riot Goin’ On – This record took funk in a whole new direction. I came across it probably a decade after the fact, and was captivated by the sound. And fascinated by its significance in music history, so I became a student.
Horses – This was a punk rock record, although people probably don’t recognize it as such anymore. Another eddy in the flow of history. Powerful, adventurous and ambitious. I put Horses and Easter on a cassette back in the 90s and let it play over and over again in my car for about a month.
Point of Entry – This is the record that made me a metalhead in the early 80s. For better or worse. Not the best or most significant, but the one that got me in. It lives up to its name.
Fun House – I found this in the 99 cent bin at Record Archive. I didn’t know anything about it, except that I recognized the name from somewhere. I realized weeks later that it was from the Rolling Stone Record Guide, which said not to bother with any of Iggy’s albums, just look for copies of the out-of-print Stooges records, “But only if you thought the Sex Pistols were mellow.”
Uncle Sam – They were a local band in Rochester NY. They made me realize that the bands playing in the local clubs were just as good as the ones on the radio and in the arenas, which opened up a new vista for me.
Fear of a Black Planet – I had rap records before this, going back the The Message, but this grabbed a hold of me and wouldn’t let go. Almost none of my people could stand it, but I played it to death anyway. And realized how strong it’s predecessor was along the way.
Ragged Soul – After a while, I had all the records and I had seen all the bands. There were no more surprises. Rock was dead. Then a band called The Lazy Cowgirls came to town on a Wednesday night. The little writeup in the local music weekly described the singer as Ralph Kramden on acid, so I figured it was up my alley. I liked the show. They were good. The more I thought about it, they were really good, and I made it my mission to find everything the recorded. This wasn’t easy in those days. It took me a few years. But once again, new vistas opened up for me.

I could come up with many more, but that’s my nine.

This entry was posted in Uncategorized and tagged albums, music. Bookmark the permalink.