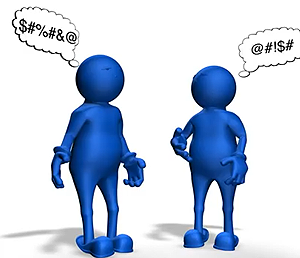 The Internet Society has a page of possible futures for the internet, not all positive. Something I find interesting about them is that they put these scenarios together in 2009, projecting ten years ahead. So we’re halfway between their vantage point and what they were expecting to see. They’re all mostly off track of course, since predicting the future even five years in advance is a fool’s errand. Overall they give the sense that the internet is in danger. But the animations are pretty cool.

One of the threats is the trend towards consolidation and monopolization. That may offer the benefit of economies of scale, but that benefit doesn’t always reach society at large. What gets lost are market-driven competition and innovation. Watch the big get bigger in real time:

Click the animation to open the full version (via pennystocks.la).

All that activity is happening because we’re feeding into the machine. We make it happen. But does the future have to be negative? I once heard a futurist say that it is important to imagine the future that you want to see – sort of a long-winded way of saying “think positive.” And as  Alan Kay said, “The best way to predict the future is to invent it.” Elon University and Pew Research have been surveying people on their predictions for the future of the internet for ten years. Their most recent report, looking ahead to 2025, is a mix of hopeful and less-hopeful visions. The first two seem nice.

In class we talked about using movie clips to illustrate where the internet is going. This is right up my alley, of course. I went and watched Fritz Lang’s Metropolis, which is possibly the first science fiction film, looking for things that might fit. There’s this scene of a shift change,  right near the beginning, showing armies of people going to work, “feeding the machine” as it were, which could be made into a metaphor for the internet (remember Wesch’s video?), or Amazon’s warehouses, or for Foxconn for that matter. But that’s the dystopian view. It’s too easy to go that way, and a lot of sci-fi does, but is that the future we want to see?  In that Elon/Pew report, Bryan Alexander says, “We will see more planetary friendships.” Paul Jones said, “Television let us see the Global Village, but the Internet let us be actual Villagers.” It may be easy to be pessimistic, but it’s better not to.

This entry was posted in Uncategorized and tagged future, tic104. Bookmark the permalink.