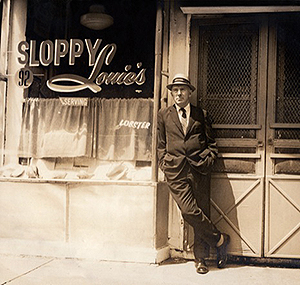 I suspect most of us have heard of H.L. Mencken. He gets quoted all the time, because he had a lot to say and he said it so well. But Joseph Mitchell was a new name to me. From what I read in the Gale Literature Resource Center, he’s well-known in literary circles, a writer’s writer and an early practitioner of literary journalism. That’s the genre or form of writing that Capote is working in in In Cold Blood (There’s has to be something grammatically wrong that sentence, but I take pride in the fact that I used “in” three times in a row). Literary journalism is closely related to creative nonfiction, the genre Sonja Livingston used with “Mad Love: The Ballad of Fred & Allie.” It’s a nice little connecting thread that runs through the readings. There are a lot of them though. It only takes a little looking.

This entry was posted in Uncategorized and tagged Joseph Mitchell, true crime. Bookmark the permalink.